The Valley Torah High School boys division beis medrash was lit up and decked out as a game show studio and the girls division social hall was transformed into a Roaring Twenties ballroom. All of this flair and fashion created an exciting and memorable Chanukah for VTHS students.

On the eighth day of Chanukah, Thursday, December 5, at lunchtime, the VTHS Boys Division held its annual Chankuah Chagigah. At the much anticipated event the boys enjoyed schwarma, falafel and many rounds of lively dancing. However, the unmistakable highlight of the chagigah was the chidon – a contest of Jewish knowledge, featuring questions on Chanukah and other Jewish topics. 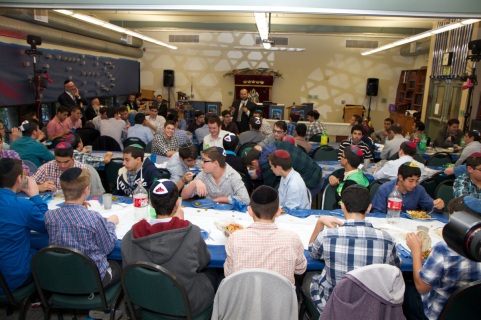 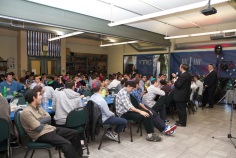 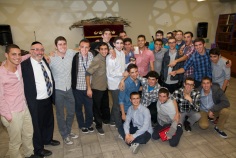 The chidon contestants, four from each grade, are chosen by an extensive exam. Each of the finalists received $10 Coffee Bean cards, the winning 12th grade team received $25 gift cards to the House of David Judaica store and the entire senior class received $5 Coffee Bean gift cards. “This event is one of if not the most exciting activity of the year. The boys were so enthusiastic about it,” said VTHS Student Activities Director Rabbi Yisroel Semmel, who coordinated the chagiga and chidon. 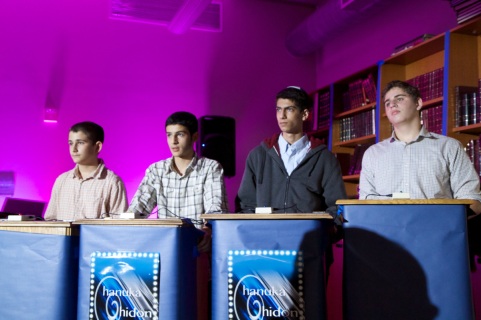 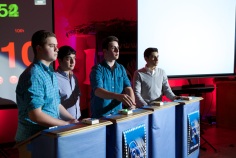 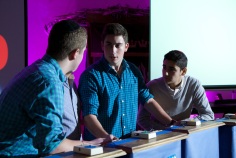 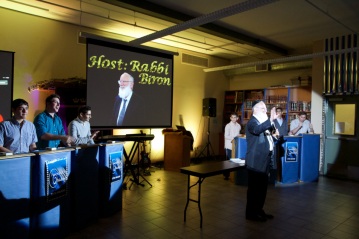 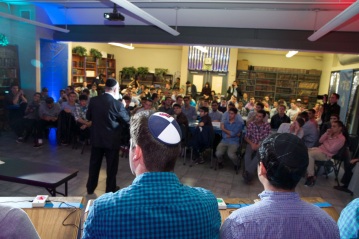 The Valley Torah girls division began their week of Chanukah festivities with a spirited dreidel competition. Semi-finalists from eight teams competed in a championship round in which senior Deena Denbo was the clear winner, rolling 6 gimmels in a row!The week culminated in the long awaited Chanuka chagigah in which the humble Valley Torah social hall was transformed into a ballroom circa the Great (Gatsby) Maccabees of the Roaring Twenties. “Valley Torah was filled with flapper fashion, music and energy!” said veteran teacher and 9th grade mechanecht Miriam Striks. After a lesson in 1920’s style make-up by VT alumna Jessica (Golriz) Hyam, the girls competed to replicate the most authentic 20’s look!A dessert and salad buffet was followed by the creation of flapper headbands studded with bling and feathers. ”They were the “bees knees” of the Roaring 20’s!” said Striks.The highlight of the chagigah was the long awaited Chinese auction in which coveted prizes such as a Shabbos with Rabbi and Mrs. Biron, Mrs. Orloff’s Challah, and Mrs. Striks’ S’mores Bars were eagerly bid on. 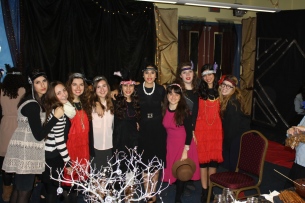 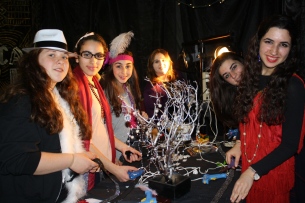 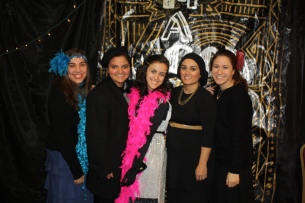 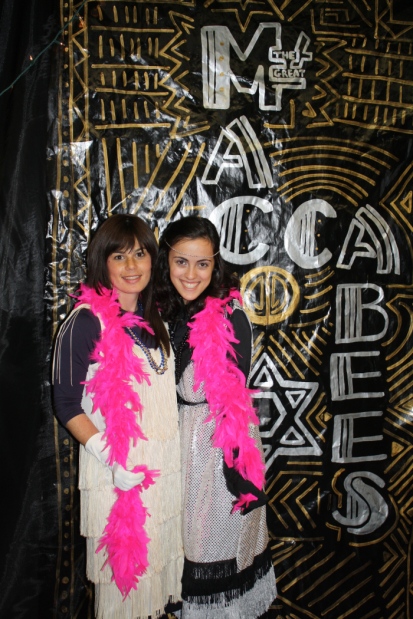 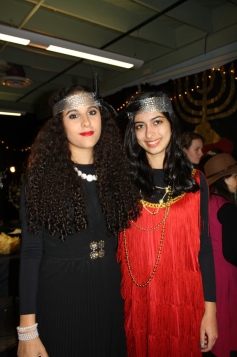 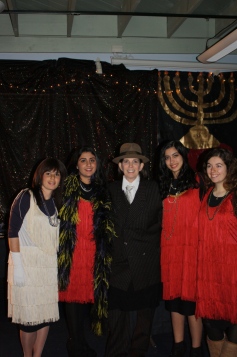 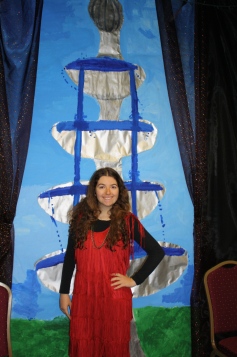 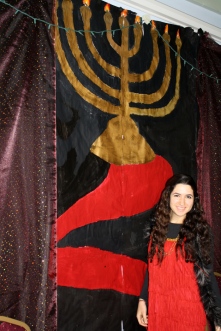 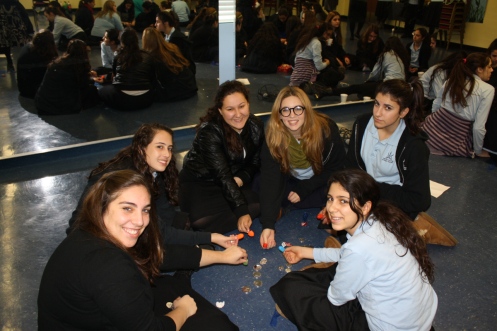 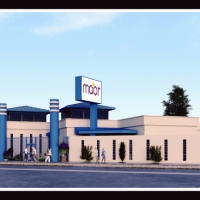 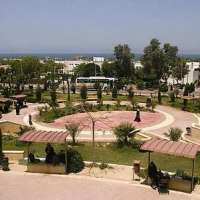 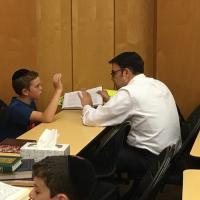 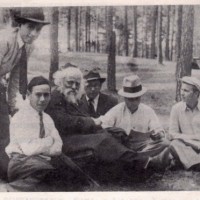