‘The mission of the Israel Film Festival is to brand Israel as the lively and innovative nation that it is; as well as shining a spotlight on Israel’s thriving film and television industry and enriching the American experience of Israel’s social and cultural diversity.”

This week sees the opening of the 28th Israel Film Festival in Los Angeles. The IFF has created a roster of Jewish themed entertainment from Israel, many of which are in Hebrew with English subtitles. This year’s Festival includes 27 movies, TV shows, short films and documentaries which are being screened at city and valley cinemas. Most of the titles do not yet have US distribution, so the Festival is a prestigious and meaningful event that is unique in its presentation of the best Israeli cinema to the American audience.

The programs represent a multitude of genres that have been handpicked for the IFF by festival director and founder Meir Fenigstein. For moviegoers, there is a delightful mix of movies to choose from, but even those averse to cinema will be intrigued and magnetized by one presentation: the Los Angele premiere of the popular, much-acclaimed Israeli television series, Shtisel, which is screening two episodes. To add to the fun, the producer, Jonathan Aroch, will be answering questions after the first screening on October 26th at the Laemmle Music Hall, 12.45pm.

Shtisel is an honest and humorous look at family life. It is a 12 episode drama that was aired in Israel this past summer. Wistful yet inspirational, the series has earned a quantity of Israeli Academy Awards for Television because of the quality storyline, authentic dialog and the faithful portrayal of religious life. 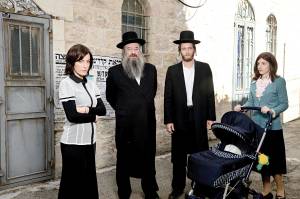 The family at the forefront of the series are a fictional Haredi family living in Jerusalem’s Mea Shearim neighborhood. The program’s success lies in its completely accurate representation of religious life while the story line supersedes this world and the viewer does not judge the Shtisel family. Instead, we journey with them thought the poignant, romantic and often hilarious depiction of their real family dramas.

The family Shtisel are in many ways a family of unique individuals, but the series is successful in reminding us that we are all different in our own way. This could be us. Actress, Ayelet Zurer lives in LA but returned to Israel to take the lead role of Elisheva, a twice widowed young mother with a son. She spoke warmly about her enjoyment of playing the role of this woman who has a unique sense of her individuality and noted, “Deep inside she doesn’t really fit in.”

The press are normally so quick to present orthodox Jews as living in a hidden, obscure and strangely mystical world. Not Shtisel. The drama of the story surpasses the religious aspect and this is refreshing and timely. The production team are not a religious group. They turned to advisors from the Haredi community to create the authentic world they filmed. It worked.

In Shtisel, patriarch Shulem adjusts to life after his wife’s death and his own forced retirement from teaching. His eldest daughter, Gitti, attempts to cope with her family after her husband abandoned her and their children. His youngest and most artistic son, Akiva, deals with the pressure of finding a suitable marriage, while longing for Elisheva, the twice-widowed young mother who is oh-so-wary of marrying again.

The director, Alon Zingman, admitted, “I came into this completely unfamiliar with the Haredi world. I think we undertook the widest and most intensive research ever undertaken for an Israeli TV drama.” Zingman admitted that he actually took the key actors to Yiddish classes with him so that they could all speak the Yiddish words with believability. Writers Yehonatan Indursky and Ori Elon borrowed more than Yiddish words; they also derived the series name from a restaurant frequented by Jerusalem’s Haredim.

Indursky said the lead characters’ awareness of their different ways of seeing the way is the essence of the compelling storyline and explained, “There are always more opportunities for interesting meetings to take place on the margins of life…. A rabbi once said, ‘Horses walk in the middle of the street, people on the sides.’”

Entertainment is best when it mirrors an aspect of our lives. This series captures our most personal traits and the Israel Film Festival in Los Angeles will be appreciated for bringing it to the US audience.

Shtisel screens October 26 at 12:45 pm and November 3 at 7:15 pm at the Laemmle Music Hall in Beverly Hills and on October 27 at 9:30 pm at the Laemmle Town Center in Encino. For more information and to purchase tickets, visitwww.israelfilmfestival.com 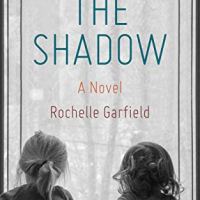 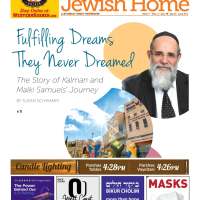