Stretching out from the Florida mainland far into the Gulf of Mexico, the Florida Keys island archipelago is the perfect place for an escape. As you cross the postcard-worthy Overseas Highway, stretching over 100 miles out into the ocean, from Key Largo to the party city of Key West, you’ll be in awe of the incredible scenery and wildlife that’s visible along the way. With no high-rises, almost no pollution, pristine beaches, coral reefs and year-round sunshine, the Keys are truly America’s premier tropical paradise. Whether you want to go scuba diving, fishing, kayaking, shopping or just soak up the sun, these magnificent islands offer an almost limitless amount of both adventure and relaxation.

First inhabited by the Caloosa Native Americans, the age of European settlement reached the Florida Keys with Spanish explorer Ponce de Leon’s expedition in the early 1500’s. The explorers were looking for the mythical Fountain of Youth but instead found profit in logging the Mahogany trees that grew there. Thus began the Keys’ long history of tourism and economic development.

Life for the explorers was tough. The Keys had no fresh water, no dirt in which to grow crops, and too many insects. Many of the original explorers left, but in their wake followed hundreds of Spanish galleons filled with Central American gold on their way back to Spain. Many of these ships were wrecked on the coral reefs of the Florida Straits and lie at the bottom to this day.

After the U.S. won the territory of Florida from Spain in 1821, a number of Brits living in the nearby Bahamas, moved to the Keys. Their first settlement was Cayo Hueso or Bone Island, which is now called Key West, the largest city in the Keys. Two decades after settlement began, the U.S. government began construction on Fort Zachary Taylor, located on the southern tip of Key West, which served as an Army base until the 1940’s when it was handed over to the Navy.

After the end of the Civil War, America’s homesteading project was in full swing. Settlers moved to almost every corner of the country including the Keys. Conditions in the Keys in the late 1800’s were incredibly demanding. Of course there was no air conditioning or insecticides, but neither was there running water, farming land, or available wood to build houses. The main system of transportation was small boats, which were used to ferry goods between islands and to the mainland.

Things changed in 1905 when Henry Flagler, founder of Standard Oil, undertook a massive railroad project to link the Keys with the mainland. After seven years of construction, disease, hurricanes, and worker accidents, the railroad finally opened and Key West suddenly became one of the Caribbean’s major trading ports.

Disaster struck in 1935 with the Labor Day Hurricane which was the strongest hurricane in U.S. history. It smacked the defenseless Keys with winds of up to 185 mph and killed over 800 people, in addition to causing millions of dollars-worth of property damage.

As the area recovered, it benefitted from a pipe that was installed in 1942, to bring fresh water to the Keys from the Florida Everglades. The famous Overseas Highway was built in 1938. Since then, the Florida Keys have welcomed millions of tourists a year, all while maintaining their exotic charm and natural beauty.

Key West: Located just 90 miles from Cuba, Key West is the southernmost locale in the continental U.S. Its 19th-century English architecture, offbeat locals, eclectic culture and highly tolerant mindset make it a prime destination for partygoers, nature enthusiasts and those seeking relief from the pressures of big-city life. It’s common to see chickens roaming the street and people walking outside barefoot. It’s even more common to enjoy year-round sun in the town that claims to have never had a single day of frost.

Start your Key West adventure at the Ernest Hemingway House and Museum. The famous author lived here from 1931 to 1939, and the house became a national landmark in 1968. Surrounded by lush gardens and in the shadows of the Key West Lighthouse across the street, it is in this idyllic setting that Hemingway penned some of his best works. A quick 15-minute tour takes visitors through the house.

The USCGC Ingham is a former Coast Guard ship and now a floating museum staffed by Navy and Coast Guard veterans. The ship served in both WWII, where it protected cargo ships from enemy planes and submarines, and Vietnam. It is the most highly decorated Coast Guard ship ever and is preserved just as it was when it last sailed in the 1980’s. Visitors can see what life was like aboard this impressive vessel.

For more history, head to the Little White House. President Truman used this house as his vacation home and it has since hosted several other high-profile politicians. The tour gives a glimpse into the history of Harry Truman and his family. The house contains period furniture, photos, videos and various Truman artifacts.

The Little White House by Ebyabe via Wikimedia Commons

A real crowd pleaser is the Key West Butterfly and Nature Conservancy. With dozens of different butterfly species and impeccably maintained grounds, this is a must-see attraction for all ages.

Another Key West hotspot is the Fort Zachary Taylor Historic State Park, a Civil War-era fort. It is now home to not only some top-notch reenactments, but also to an adjacent beach that’s one of the best in all the Keys.

The Florida Keys Eco-Discovery Center highlights the region’s biodiversity, with over 6,000 square feet of interactive exhibits including a replica of Aquarius, the only underwater ocean lab in the world.

For a taste of Key West shopping, entertainment and culture, Duval Street is the place to go. Here, you can peruse the many charming boutique shops and revel in the New Orleans-esque party atmosphere. From art galleries to oddball street performances to exotic animals to watching the sunset at Mallory Square, Duval Street is an essential part of the Key West experience.

Key West is also famous for its shipwrecks, the most popular of which is the USNS Vandenberg. Originally a WWII troop transport ship and then a missile tracker, the Vandenberg was scuttled by the Navy in 2009 and has since become the second-largest artificial reef in the world after the aircraft carrier USS Oriskany. Companies such as Lost Reef Adventures offer the opportunity to see this amazing structure firsthand.

For an unforgettable day trip, take either a ferry or seaplane to Dry Tortugas National Park, located about 110 miles west of Key West. The park includes Fort Jefferson and the seven Dry Tortugas islands, the most westerly and isolated of the Florida Keys. With an incredible abundance of coral reefs, marine life and birds, these spectacular islands are a nature lover’s paradise. They’re also known for legends about pirates and sunken treasure. The main attraction is Fort Jefferson on Garden Key Island. The impressive brick fort is an unfinished coastal defense station that was abandoned by the military in 1888 due to the difficulties of the tropical climate. Before it was abandoned, it served as home to over 1,000 military personnel and civilian prisoners, some of whom included four men convicted of conspiracy in the Abraham Lincoln assassination. The now tranquil fort is not only great for history buffs, but is also a perfect spot to go swimming or snorkeling in the surrounding waters.

Made up of six separate islands, the idyllic village of Islamorada is renowned as one of the best fishing spots in the world. Boat rentals and guided tours are available for fishing, snorkeling and swimming with marine life. Numerous shipwrecks and coral reefs line the nearby ocean floor, making Islamorada a prime spot for recreational diving.

For a local version of Sea World (but without hordes of tourists), head to Theater of the Sea and interact with dolphins, sea lions, stingrays, parrots and more. For even more fun, take a ride on the Theater’s bottomless boat ride and see the beauty of the nearby lagoon’s coral reef.

The History of Diving Museum is an excellent learning experience for all ages. It has vintage diving suits, undersea treasures, Navy training videos, and the opportunity to get your picture taken in an old diving helmet.

Founder’s Park is a great place to unwind and have fun. Walking trails, a large swimming pool, boat races, picnic trails, are just some of the many great activities to do here.

Occupying several different islands, Marathon is a family-friendly tropical getaway. The Turtle Hospital is where you can get up and close with injured and sick sea turtles and see their dedicated caretakers in action. If you’re bringing kids, they’re virtually guaranteed to love it!

Sombrero Beach is one of the most popular beaches in the Keys. Well-maintained and mostly unspoiled, the soft sand, turquoise water, nearby dolphins and balmy weather make this beach an absolute must-see.

Pigeon Key, accessible by ferry, was once home to the workers who built the Overseas Railway. It’s now the site of a museum dedicated to the building of the Railway. The trip to this scenic and historic island is worthwhile, especially as it’s relatively short and low cost.

Located just a few minutes away from the mainland, Key Largo is a popular destination for scuba diving and watching marine life. Dolphins Plus is an especially exciting way to get up close with the most beloved marine creature of all. Kids and parents alike can learn about different dolphin species from knowledgeable guides. The dolphins are playful and highly friendly. The price is a bit steep, but the experience is priceless.

More underwater adventures can be had at the wreck of the USS Spiegel Grove. Formerly a Navy landing ship, the Spiegel Grove was sunk in 2002 to create an artificial reef. Note that the strong currents and fairly deep depth make this dive unsuitable for beginners. Another excellent shipwreck in the area is the USCGC Duane, also intentionally sunk to create an artificial reef. The Duane’s hull is almost completely overgrown with coral, and a huge array of marine life swims through it. If you have the time, money and diving skills, both wrecks are definitely worth visiting. 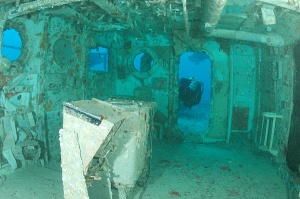 The Keys are accessible from Miami via U.S. Highway 1, also known as the Overseas Highway. The main airports are Key West International and Marathon Key’s seaplane base. Ferries travel from Fort Myers to Key West. Greyhound buses make several stops in the Keys including Key West, Marathon and Big Pine Key. A car trip from L.A. is about 42 hours or about 2,900 miles long. 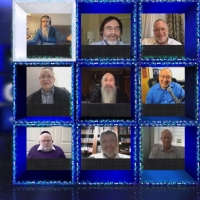