August 6th, was the date for another memorable evening held by the “San Fernando Valley Young Women’s Education Series,” which brings together Jewish women, particularly moms in their late twenties to forties.

The education series included a cooking class in January with Starlight Catering and a screening in April of Brave Miss World, followed by a guest lecture by Linor Abargil, the heroine of the documentary, known as an Israeli beauty queen and global advocate in the fight against sexual violence.

The Wine and Paint theme of the most recent event was enjoyed by Jewish women who socialized while supporting the Federation’s support of Jewish life here in Los Angeles, in Israel and around the world.

Wine, paintbrushes and blank canvases decorated the location of Pinot Palette as a group of forty-five gathered for the Jewish Federation’s Valley Alliance of Sylvia Weisz Women’s Philanthropy event.

Jenna Fields, The Women’s Philanthropy Director of Jewish Federation’s Valley Alliance expressed her enthusiasm saying, “I am really excited that we have created an opportunity to bring together young women from the Jewish community. The women will be able to connect with each other and learn more about the initiatives of the Jewish Federation. Tonight they will also learn about Tour de Summer Camps, the Federation’s annual bike ride to raise funds for Jewish summer camps in the area.”

Ellen Silverman, the Women’s Philanthropy Chair for the Jewish Federation Valley Alliance, who also attended the event, discussed the Women Philanthropy’s mission in ensuring the Jewish future by engaging not only the Jewish community, but also the significance in being an active participant in the entire Los Angeles community. In particular, Silverman emphasized how women’s philanthropy is one of the fastest growing segments of philanthropy today. “Women today have a lot of say in philanthropic decisions for their families and for themselves, says Silverman. More than ever before, women feel empowered and want to have an active leadership role where they can offer their help and support to an organization that lines up with their core beliefs.”

The Woman’s Philanthropy of the Valley Alliance has seventy diverse board members. The intergenerational relationship allows the women to learn from each other and grow as a cohesive group, while standing strong in their mission of securing the Jewish future.

Kathy Guccione, who hosted the event at Pinot Palette, serves as the Women’s Philanthropy Campaign Chair for Valley Alliance. She oversees all of the fundraising in the Women’s Philanthropy department and works closely with other campaign leaders to raise funds through phone sessions and events. Her eight-year involvement has enabled her to actively see the growth in campaigns and the increasingly thoughtful and creative ideas created for each program.

“Over the years we have turned our events into something that has more meaning,” she explained. Now people come and take away something that touches their soul. We want to continue to build an understanding of our message in taking care of the Jewish community and spread good work from birth on.” 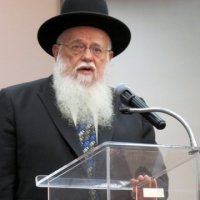