On Shabbat of January 16th, the Los Angeles Chabad community hosted more than 400 Chabad boys and girls from around California for the second Unzere Kinder Shabbaton Convention. Separated into boys and girls activities, the Chassidishe fun lasted a solid 36 hours, culminating in a concert by the Marcus brothers’ band, 8th Day. Kol Yakov Yehuda, led by Rabbi Mendel Duchman, and under the auspices of Congregation Levi Yitzchok, partnered with many of the other Lubavitch youth schools and organizations for the Shabbaton.

The kids who attend the event did not live during the time of the Rebbe so they learn about the Rebbe’s leadership from their parents. Children of shluchim are easily inspired by the leadership of the Rebbe but there are many Chabad families whose children hear less about his wisdom and learning. The organizers of the event created this annual program to create a meaningful connection for all the participants.

With the 10th of Shevat on January 20th, the Chabad community additionally wanted to prepare their children to understand the importance of acknowledging the yahrzeit of the sixth Lubavitcher Rebbe, Rabbi Yosef Yitzchak Schneersohn (1880–1950), of righteous memory and also the day when, in 1951, the seventh Rebbe, Rabbi Menachem Mendel Schneerson (1902–1994), of righteous memory, formally accepted the leadership of Chabad-Lubavitch.

The discourse or maamar that the Rebbe delivered at that occasion, is still recognized and studied today, with its underlying theme to recognize the three important loves in our life; G-d, Torah and joy. Knowing that the children were the future of Judaism, the Rebbe placed a huge emphasis on empowering children through gatherings of Torah, Tefillah and Tzedokah, all the more pertinent in a Hakhel year. The Shabbaton focused discussion on these ideas alongside davening, learning and delicious Shabbos meals. The fabrengen ran far into the night.

The weekend highlighted unity events, such as the tefillos that were held for the boys in Moshe Ganz hall and for the girls at Beis Yaakov. There were prizes, singing, entertainment and empowering messages shared by the Director of CTeen International, Rabbi Shimon Rivkin.

The event culminated in a grand Hakhel Unity Concert held at a packed, pulsating Bancroft Middle School Auditorium. 8th day enthralled the rocking crowd with their inspiring and exciting music and the singing of a new Hakhel song which the kids had learned. “The mission cannot wait, love your fellow Jew!” Ventriloquist Chuck Fields opened the event to the children’s delight. Surprise guest Rabbi Shimon Weinbaum, Director of Tzivos Hashem International called participants to recite the 12 verses of Torah that were recited at children’s rallies and gatherings by the Rebbe. 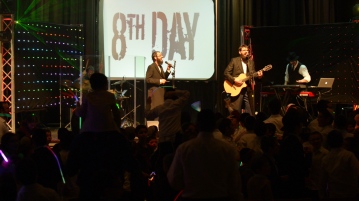 This was a Shabbat of fun and empowerment with non-stop thrills and a huge emphasis on finding delight in oneself. Beryl Lipskier, 13, said, “It was the best weekend yet!” Meanwhile, other attendees needed to get some sleep before they could gather their thoughts. 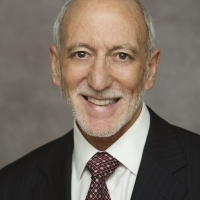