DNA is one of the most beautifully complex units in the entire universe, an inexplicable wonder that is so perfect that, in studying its makeup, one can’t help but come to the realization and belief in HaKadosh Baruch Hu’s creation and dominance over the world.

The DNA alphabet is comprised of only four letters, A, C, T and G. It’s an alphabet that seems so simple, yet each human genome is composed of roughly three million base pairs of these letters.

DNA is what houses a person’s genes. These genes are the blueprints to produce the proteins that guide the body to grow, develop, and work properly.

When one minute detail is changed in the DNA, a genetic mutation occurs. While all of us possess harmless genetic mutations, if both father and mother possess a disease-causing genetic mutation, it can be passed on to a child, predisposing him to a fatal recessive genetic disease.

Yet, just because one is a carrier of a disease-causing genetic mutation, does not mean they have to live in fear of bringing a precious child into this world with a recessive genetic disease. It’s when both the male and female possess the same disease-causing mutation that a child can potentially be affected. Only one out of every one hundred couples is found to be incompatible. Then, there is a one-in-four chance that their child will be born, rachmana l’tzlan, with a debilitating genetic disease.

And that’s where Dor Yeshorim steps in. 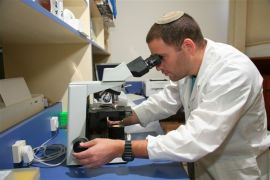 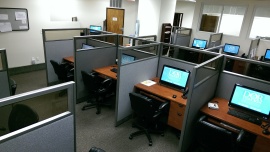 By testing young adults for genetic diseases before they begin the shidduch process, Dor Yeshorim prevents couples that are incompatible from meeting, saving them from tormenting pain and anguish later on.

Not too long ago, genetic diseases were, r”l, a common occurrence among our community. Each year, hundreds of children were born, and nebach niftar, from fatal genetic diseases.

Rabbi Yosef Ekstein, the founder of Dor Yeshorim, lost four children to the dreaded Tay-Sachs disease. “After my first child was born, everything seemed fine,” he related. “But every day there was another deterioration, another step down. Back then, many children were niftar without ever knowing the cause. In our case, it took two years, going from doctor to doctor, until we got the diagnosis: Tay-Sachs.”

Although children born with Tay-Sachs appear healthy at birth, they lack a vital enzyme, Hexosaminidase-A, which cleans protein buildup in the brain. Without hexosaminidase-A, these children progressively lose brain function, become blind, deaf, mentally retarded, paralyzed, and usually pass away before age five.

Rabbi Ekstein transformed his personal tragedy of losing four children – going through the unimaginable, watching them all suffer and die before they reached four years old, with nothing possible to prevent it – into a resolution that he would do whatever it takes until no other yiddishe family would have to undergo the same agony that he experienced – a promise that he lives with and strive to fill until this very day.

With that, he founded Dor Yeshorim, throwing his heart and soul into doing everything he humanly possibly could to safeguard the health of future generations. At first, his efforts were met with resistance. Many people believed that genetic screening went against halachah, and also were afraid of being stigmatized, but Rabbi Ekstein determinedly fought an uphill battle. With the strong encouragement and support of gedolei haposkim and rabbanim, he prevailed.

Since Dor Yeshorim’s founding, just over 32 years ago, this organization has become the inaugural part of every shidduch in Klal Yisroel. It has rightfully gained acclaim as the best application of preventative medicine and the elimination of many diseases that once plagued our community.

Dor Yeshorim can count over 4600 families that have already been spared from giving birth to children affected with genetic diseases due to its tremendous, lifesaving work. It is also the cause for the complete closure of the Kingsbrook Jewish Medical Center Tay-Sachs ward, one of the largest Tay-Sachs departments worldwide, because children are no longer born with Tay-Sachs.

Under the guidance of rabbanim and gedolei hador across the spectrum, including Rav Moshe Feinstein, z”tl, HoRav Shmuel HaLevi Wosner, z”tl, and HoRav Ovadia Yosef, z”tl, Rabbi Ekstein and Dor Yeshorim became – and are to this day – the authority in pioneering genetic research and prevention. Dor Yeshorim has become the standard among Klal Yisroel’s shidduch protocol, testing young adults before beginning the shidduch process to ensure compatibility. Since its inception, over 415,000 individuals have joined its programs.

Throughout all its work, Dor Yeshorim does not forget who they do it for: individual members of Klal Yisroel, our precious families, our future. Dor Yeshorim takes responsibility to screen each person in the most confidential manner to reduce the fear and stigma associated with being a Carrier. At the stipulation of Gedolei Yisroel, Dor Yeshorim does not reveal carrier status, and only identifies testees by a unique, nine-digit identification number.

Meticulously coordinating every detail months in advance, Dor Yeshorim sends a team of trained phlebotomists to more than 400 schools in 11 countries across the globe. Yet, its premarital genetic screening program for young adults is only the smallest tip of the iceberg of the tremendous work Dor Yeshorim does.

Dor Yeshorim constantly spearheads ongoing genetic research and countless initiatives to protect Klal Yisroel from even more pain and suffering. They find previously unknown genetic diseases, identify their mutations and run frequency studies to determine how these diseases affect our families. This often leads to the addition of another disease to its comprehensive testing panel, preventing more tragedies from pervading Klal Yisroel.

As the ambassadors of the health of our future, Dor Yeshorim offers its genetic screening programs globally and shares its vast knowledge and expertise with genetic experts throughout the world. They constantly invest time, effort and funds to ensure they offer the most reliable and sophisticated genetic screening methods so they can continue to protect our communities.

Dor Yeshorim conducts its world class operation with the utmost integrity and accuracy, using multiple internal and external quality control factors to ensure the verity of its research and testing. Each piece of information is entered into Dor Yeshorim’s database by two separate individuals, and then compared to confirm precision. In addition to using high-tech advanced computer systems to ascertain results, Dor Yeshorim’s staff manually verifies the data before responding to a compatibility inquiry.

Unfortunately, many families in our community have children born with rare and previously unidentified genetic disease. They turn to Dor Yeshorim, the go-to resource in making sure these families are not forgotten and assisting them throughout every step of the way with all their needs.

Dor Yeshorim gathers DNA samples from each family member, collaborating with genetic experts to conduct costly and advanced research to identify the specific genetic mutation causing the disease. They then develop a familial-based screening process and put measures in place to ensure the genetic disease does not transfer to the next generation.

Aside from assisting with the technical genetic aspects, Dor Yeshorim feels the pain of each family and does everything in its power to ease their anguish as they undergo difficult and uncertain times. A steadfast support throughout all the turmoil, Dor Yeshorim explains to the families what they may expect and provides the genetic guidance they so desperately need.

Yet, it counsel extends even further. Because of Dor Yeshorim’s extensive knowledge and expertise in the field of genetics, families with general questions regarding genetic disease reach out to them for answers. Dor Yeshorim also counsels young couples who have been found to be incompatible.

With much siyata d’shmaya, Dor Yeshorim has experienced tremendous growth over the past 32 years. In fact, this year alone, it has handled more than 23,000 compatibility requests and screened 25,588 individuals.

While Dor Yeshorim was originally founded assisting those of Ashkenazic descent, in its mission to prevent untold suffering and vanquish genetic disease from Jewish families worldwide, this lifesaving organization spread its wings, conducting groundbreaking research to be able to provide genetic testing and support for the Sephardic communities, as well.

It’s no accident that Dor Yeshorim has had such a global forceful impact upon Jewish life today. It does everything in its power to prevent as much pain and illness as humanly possible. Its success is due to its accessibility and affordability for everyone. In striving to make the test available for all, Dor Yeshorim’s nominal testing fees are only a fraction of the price of what it actually costs.

Dor Yeshorim employs a full-time operation with over 20 team members at its Brooklyn headquarters and an additional 30 at its Israeli headquarters, overseeing its global operations and fielding tens of thousands of compatibility requests each year. It also has a network of representatives and phlebotomists who conduct screenings all over the world, and a team of researchers and lab specialists who deal with constantly evolving genetic research. Dor Yeshorim heavily relies on and only exists because of individual donors who share their vision and mission.

Dor Yeshorim knows that the greatest brachah a person can receive is “dor yeshorim u’mevorach,” to produce future healthy generations. The reason all of Klal Yisroel can gaze lovingly into the smiling faces of healthy children and walk their sons and daughters down to the chuppah with the peace of mind knowing they did the right hishtadlus for their future generations, is because Dor Yeshorim was there to make it happen.

Dor Yeshorim is an international nonprofit organization dedicated to the prevention of Jewish genetic diseases, conducting screenings at locations all over the world, spearheading groundbreaking genetic research and assisting families that have children that are affected with rare genetic diseases. For more information about Dor Yeshorim’s programs, please contact them at: (718) 384-6060, email info@doryeshorim.org or visit their website at http://www.doryeshorim.org.