“Choosing the candidate I despise least,” is the best way to describe this election. Most people have very little if anything positive to say about the candidate they plan to vote for; they just know they would never vote for the other nominee – that crook, that bully…

Meanwhile, with all the political posturing in the aftermath of the Orlando massacre, it’s easy to overlook that it was exactly that: a M A S S A C R E. Murder, plain and simple. With the polarization of almost everything these days, we experience about five minutes of disgust before official statements and talking points start swirling around our head.

25 killed in Iraq, 17 children die in a bombing raid in Syria, or – closer to home – four Jews killed in Tel Aviv, become stats in our arsenal of political points. These were real people – with a family, parents, friends, and dreams – killed because someone saw no value in human life, not in the lives of others and not even in their own.

Preserving, respecting, and cherishing human life is the highest calling. It’s the reason the dead will come back to life in the world to come.

In our own lives, this means viewing each other as precious simply for who we are. Just as we are accepting of ourselves and then find reasons to justify our self-acceptance, so it is with others; each has a unique soul which certainly expresses itself in many positive actions, but which we should appreciate first and foremost for simply being. In the language of Chassidus: our souls are rooted in the Creator, we are therefore capable of self-sacrifice, great spiritual accomplishments, etc.

Throughout our long exile, we’ve seen what klal yisroel is capable of accomplishing. It’s time we focus, also, on the cause and the beauty of the soul itself. As usual, it takes meditation and reflection, but we will discover – nay, uncover – a reality which was always there.

May we have an inspirational Shabbos and a successful summer, 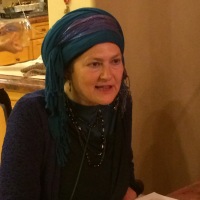