I would like to hear your opinion on how to deal with my five year old son who is an expert in adding details to stories that never actually occurred (or entirely making them up from scratch). The only way I find out it’s not a true story is by repeating it to him and telling him I’m going to call so-and-so to verify. When he admits that what he told me wasn’t exactly how it happened, he takes off a few details but doesn’t admit to making it up. Is it wrong at this age to act this way? And if so, how should it be dealt with?

I have been asked about children “lying” many times, because, I imagine, this is an issue that is quite troublesome for many a parent. The tall tale, the unknown items that the child claims were “given” to him, the exaggerated story of heroics and mishap – are these lies or signs of immaturity? We as a people greatly value the quality of emes, and the thought that a child is less than truthful is unsettling for us. Because we take the responsibility of chinuch very seriously, we may feel compelled to deal stringently with the offender, perhaps forgetting that he is only a small child.

Let me begin by saying that your child’s imagination and tall tales are perfectly normal for his age. Because children develop gradually, in stages, by age five they still have a strong imagination. For example, it is typical for the young child to create fantastical tales of other children’s misdeeds and the ensuing havoc they wreak in his school. Because it is not until the age of eight or nine that children begin to distinguish between fantasy and reality, the young child is unaware that he is confabulating and actually believes his stories.

So, at age five, your son is developmentally right where he should be, and you can look forward to his growing ability to distinguish between fantasy and truth/reality as he matures. In the meantime, it would be helpful for you to be mindful of the fact that telling the truth is something that children learn over the years, not something they know from birth.

The knowledge that your son’s behavior is appropriate and typical for his age should inform your reaction – your thinking and behavior. Your son is acting like the five year old he is. No worries here, just the young child conflating fact and fiction.

Yet as we all know, chinuch is a long-term process. Here are some appropriate yet pleasant ways we can start teaching our children about the value of emes.

Perhaps the most important point of all in teaching middos tovos is that parents need to model the desired behavior. The segulah for emes is emes. So, tell the truth! Whether it’s our word or our promise, convenient or not, let’s be a model of truthfulness for our children and be zocheh to see the nachas of their following in our footsteps.

Sara Teichman, Psy D. is a psychotherapist in private practice in Los Angeles and Clinical Director of ETTA, L.A.’s largest Jewish agency for adults with special needs. To submit a question or comment, email DrT@jewishhomela.com. 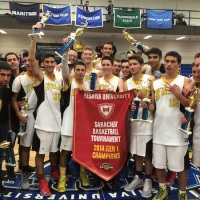