Can a Corporation Be Sued in American Courts for Financing Terrorism Overseas?

The United States Supreme Court welcomed its newest member this April. President Trump appointed Justice Neil Gorsuch to take the place of Justice Scalia, who died in 2016. With the Court back to its full capacity of nine justices, the new term beginning in October will be closely watched. Among other important cases to be decided is a case involving corporate liability for terrorism occurring overseas. The case, Jesner v. Arab Bank, could grant people harmed by terrorism overseas the right to seek redress in federal courts in the United States. Specifically, the Supreme Court will decide if a foreign corporation can be sued in American courts for violations of international law that occur on foreign soil.

Background:  The Alien Tort Statute of 1789

The Jesner case is actually a consolidation of several cases brought by Israeli victims of Hamas terrorism between 2004 and 2010. Arab Bank, the defendant, is the largest bank in the Middle East. The plaintiffs allege that the bank financed Hamas terrorism and provided financial compensation to family members of suicide bombers. The plaintiffs sued Arab Bank in federal court in New York City under a rarely-used federal law called the Alien Tort Statute.

The Alien Tort Statute dates back to 1789. It was passed in response to a diplomatic incident when a French government official was assaulted while visiting the United States in the early 1780s. Congress passed the law to allow foreign (i.e., “alien”) individuals the right to file lawsuits in American federal courts for violations of the “law of nations.” The Statute was cited in two Supreme Court cases in the late 1700s, and then again only once over the next 167 years. It only began to be cited more regularly with a 2004 Supreme Court case involving allegations of human rights violations overseas. The cases have established that procedurally, foreign individuals may sue individuals in the United States. But can a foreign individual sue a corporation in American courts for violations of international law that occurred overseas?

It should be noted that Jesner is not the first time the Supreme Court has been asked to rule on the issue of corporate liability for violations of international law under the Alien Tort Statute. In 2012, the Supreme Court was asked to resolve the same issues brought up in the Jesner case.  In that case, Kiobel v. Royal Dutch Petroleum Co., Nigerian citizens sued Royal Dutch Shell oil services company in federal court in New York for alleged human rights violations that occurred in Nigeria.

Plaintiffs sued the corporate defendants in that case under the Alien Tort Statute. The Court was asked to resolve whether a corporation could be liable for international law violations under the Alien Tort Statute. Ultimately, the Court did not rule on this issue.  Instead, the Court narrowed the focus of its ruling, holding that foreign individuals cannot sue in American courts for violations of international law that occur abroad unless that foreign activity has a sufficient connection to activities in the United States. In the Kiobel case, plaintiffs sued based on the oil services company’s corporate presence in the U.S. Corporate presence alone, the Court ruled, is not enough to impose liability, and activities that occurred abroad are presumed to be outside the jurisdiction of American federal courts.

The question remains: If a corporation has sufficient business activities in the United States to overcome this presumption, can it be held liable under the Alien Tort Statute?

The Supreme Court will hear arguments in the Jesner case some time after the new term begins in October. The case is especially important, because federal courts across the country are split on whether there can be corporate liability under the Alien Tort Statute. For example, the Ninth Circuit, which includes California, ruled in a 2014 case that there can be corporate liability under the law. So has the Seventh Circuit; Fourth Circuit; and Eleventh Circuit. The Jesner case, which comes out of the Second Circuit, which includes New York, ruled that corporate liability is not possible under the Alien Tort Statute.

The Jesner case contains serious allegations against Arab Bank. Some of the cases were filed by relatives of those killed in suicide bombings going back to 1995 in various places throughout Israel, including Netanya. Plaintiffs’ briefs cite evidence that the bank solicited donations to help fund terrorism and offer financial rewards to the relatives of suicide bombers. According to plaintiffs, the bank’s New York branch served as a clearinghouse for international transactions on behalf of four separate terrorist organizations. They include Hamas, the Popular Front for the Liberation of Palestine, the Popular Committee for Assisting the Palestinian Mujahideen, and the Saudi Committee for Aid to the Al-Quds Intifada. Since the New York branch of Arab Bank served as the financial “hub” for terrorism and violations of international law that occurred in Israel, the presumption mentioned in the Kiobel case can be overcome. But can the bank, a foreign corporation be liable under the Alien Tort Statute? The Supreme Court will provide an answer in the coming term.

Commentators and legal scholars are eagerly awaiting the Supreme Court’s decision in Jesner v. Arab Bank. Many predict that the Court will rule that corporate liability under the Alien Tort Statute is indeed possible. As the law has been interpreted to date, different areas of the country have arrived at different conclusions to this important question.

In the Kiobel case in 2012, the United States Government submitted a “friend of the court” brief supporting the plaintiffs in that case. The government urged the Court to adopt the rule that favored corporate liability for international law violations. With the new administration – one that appears to be friendlier to Israel – we might see President Trump’s Justice Department take the same view. With a decision in Jesner, we will soon know whether Israeli victims of Hamas terrorism can have their day in Court in the United States. 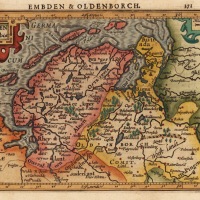 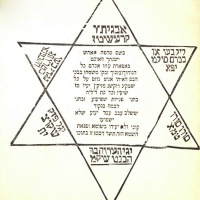 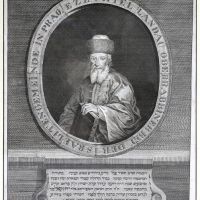