Medical Emergencies While Driving in California

What happens if a driver experiences a sudden emergency, medical or otherwise, and then causes a crash? Sadly, medical emergencies behind the wheel are not necessarily hypothetical.

My office recently received a call with the following scenario: A few couples went out to dinner together, and they carpooled to the restaurant in the same car. After dinner, they all got back into the same car to drive home. The driver then suffered a stroke while driving. Because of the stroke, she was unable to control the vehicle, which drifted into the next lane and crashed into several other cars on the freeway. Several passengers were hurt, as were the occupants of the other cars involved in the crash.

The sudden emergency doctrine is only applicable where an unexpected physical danger is so suddenly presented as to deprive the Defendant of his power of using reasonable judgment. [Sadoian v. Modesto Refrigerating Co. (1958) 157 Cal.App.2d 266.] The doctrine does not apply to a person whose conduct causes or contributes to the imminent peril. [Pittman v. Boiven (1967) 249 Cal.App.2d 207.]

Essentially, the doctrine employs the argument that the driver should not be held responsible for causing a crash if that person was unable to control his/her actions as a result of a true medical emergency. This defense, though, will be scrutinized during trial. Was the sudden emergency truly unforeseeable? Did the person who suffered the emergency experience symptoms of the attack prior to getting behind the wheel? Was the driver taking medication for a known medical condition? Has he or she suffered similar emergencies in the past? No two cases are similar when the sudden emergency doctrine is at play. Depending on the facts of the case, some insurance companies might deny liability for such claims, while others might accept liability even when it was a true medical emergency. An attorney should be consulted for questions about your particular situation.

Sidewalks Are Now the Responsibility of Property Owners

We’ve all seen, and many have experienced first-hand, the sad state of our sidewalks here in Los Angeles. What many don’t know is that the City Council recently amended the Municipal Code to shift responsibility for future repairs onto adjacent property owners.

A new version of Los Angeles Municipal Code Section 62.104 became effective in January 2017.  Previously the Code was written in a way to place repairs for dangerous sidewalks caused by City tree roots onto the City. This exception was removed from the new Code, and future repairs must now be performed by property owners.

The City is still accepting requests for repairs through its 311 system. If a dangerous sidewalk is identified, the City will still place asphalt patches to minimize tripping hazards. City employees have been instructed to refer highly damaged sidewalks to the Bureau of Engineering for consideration for complete sidewalk replacement under last year’s class action settlement. In that case, the City was ordered to spend $30 million per year for 30 years to install new sidewalks throughout the Los Angeles. An example of this is the newly-installed sidewalk at the intersection of Highland and Beverly in Hancock Park. Once the City installs a new sidewalk, the adjacent property owner will bear the responsibility of future repairs in that location if they are needed.

Asphalt patches only serve as a temporary fix. Tree roots keep growing, and eventually the patch becomes obsolete. In the event of future trip and fall cases involving injuries on a Los Angeles sidewalk, homeowners could face liability under the new Municipal Code.  Talk to an attorney for questions about your case, and make sure your homeowner’s insurance premiums are paid!

Wishing everyone in our community a k’siva v’chasima tova and healthy and prosperous new year! 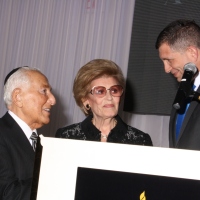