Chana as a Paradigm for Prayer

Many articles about Chana (Hannah) begin by describing her as an unhappy woman pouring out her heart and soul over her barrenness. However, despite her sadness, the rabbis depict her as a unique woman and her behavior as a paradigm of prayer.

Our first glimpse of Chana (1Samuel1: 10-11) shows a woman distraught over her childlessness. When she travels with her family to sacrifice at the shrine of Shiloh – a detail that provides scriptural evidence that woman did attend places of worship during Biblical times – Chana cries and declines to eat the sacrificial meal. She goes to the sanctuary, weeping all the way. In her wretchedness, Hannah prays to Hashem. She makes this vow: “O Lord of hosts, you will look upon the suffering of your maidservant and remember me… and grant me a son, I will dedicate him to Hashem for all the days of his life.”

Chana continues to pray fervently, her lips moving but silent. The priest Eli thinks she is drunk and demands that she “sober up” in the sanctuary. Chana denies that she has drunk any wine. “But I have been pouring out my heart to G-d, do not take me for a worthless woman; I have only been speaking about my great distress being childless.” (1Samuel 1: 11)

Eli blesses Chana, assuring her that Hashem will accept her prayer. Following the birth of a son, she utters another prayer. Sefer Shmuel provides the text of the prayer, which praises G-d’s power and ability to reverse human fortune. So particular, yet so universal, are her words, that the rabbis call this prayer “The Song of Chana” and decreed that it become the Haftarah reading on Rosh Hashanah.

The fact that Chana is depicted in Tanach twice as praying made a deep impression on Chazal, for no other individual female is ever clearly seen praying by herself anywhere in Tanach. Her prayer became a model for us and evidence that G-d answers heartfelt prayers. In fact, the rabbis of the Talmud and authors of midrashim learn many important halachot from Chana’s behavior.

The Babylonian Talmud likewise celebrates Chana’s aptitude for prayer. After stating the same lessons listed above, it introduces a further one. From Eli’s words, “How long will you be drunk?” (1 Samuel 1:10) the rabbis deduce that one is obligated to rebuke a neighbor observed behaving in an incorrect manner.

Furthermore, the Babylonian Talmud notes that the word “handmaid” occurs three times in Chana’s story. These three references refer to three religious obligations which are the particular responsibilities of the Jewish woman: the laws of family purity, separating the tithe from the bread dough, and kindling the Sabbath lights. Chana implores, “Oh Lord, I have observed these laws meticulously, so give me my request.”

She becomes a petitioner par excellence, debating and pleading with G-d. Her assertive style of prayer can be compared to great prophets like Moses and Elijah. All of them, including Chana, were judged to be justified in their arguments and tone.

The sages enumerate seven biblical prophetesses and include Chana among them. Targum – and much later the Zohar – also attribute to Chana the power of prophecy. Why? Her song foretold the fall of the house of Saul and the rise of the house of David. The rabbis attribute to Chana the quality of grace – the root of her name, chein, actually alludes to graciousness. This is mentioned in many of the midrashim the rabbis have woven about her. For example, she is willing to forgive her rival – Elkanah’s other wife, Peninah – for teasing her about her childlessness, and even prays for Peninah’s children to survive.

Chana’s prayers are not the formal congregational ones we see today. The rabbis appreciate sincere, heartfelt worship wherever it is performed, whether in the home or in the house of study. They consider all such prayer equally acceptable to G-d. Prayer that is private, direct – but sincere – communication is desirable by Hashem. When the rabbis limited women’s participation in certain aspects of public worship, it was not because women are less capable of prayer than men, but rather resulted from their desire to promote modesty and prevent the mingling of the sexes.

Dr Leila Bronner is a scholar of Tanach and Jewish history, formerly Professor of Hebrew Studies at the University of Witwatersrand 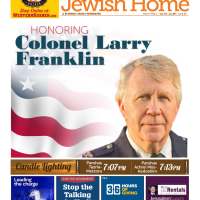 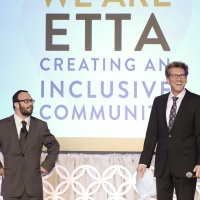 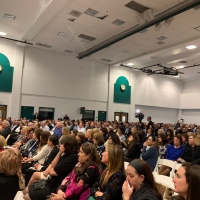