When I was growing up – not yet frum, but pretty traditional – my grandparents served round challos, apples and honey, and honey cake for Rosh Hashanah. We ate smoked whitefish if Grandpa remembered to pick some up at the market. We consumed no beets, no squash, and if we ate a carrot, it was incidental.

It’s a wonder that most years turned out disaster-free: everyone was more or less healthy and happy, and there were no pogroms.

As an adult, I refuse to take that kind of risk. If it’s on a list of auspicious foods, we eat it on Rosh Hashanah. (But not fish heads. My husband claims the eyeballs stare at him accusingly from the serving tray. Gummy fish are much better. Besides, there’s something cathartic about biting their artificially-colored heads off first.)

Eating the simanim in Rosh Hashanah has three side benefits:

A few years into my simanim mania, we started experimenting with some modern additions. Perhaps asparagus – purchased expensively out of season – would encourage Hashem to “spare us” from a harsh decree. And maybe banana cake – “banana” sounds an awful lot like bon an in French – would lead to a “good year” for the Klempners.

Thus far, this approach seems to be working – at least everyone is bli ayin hara more or less healthy and happy and we remain pogrom-free – but I’ve given up on one siman: the raisin-celery. Maybe my husband got a miniscule “raise,” but my “salary” has gone down for the last two years, and our expenses continue to rise.

So this year, instead, I’ll be adding mushrooms to our long list of simanim. With four kids, including one over six feet tall, we need a “much room”-ier home than our current 850 square foot apartment. (My husband suggests that since we need much, much more room, we’d better serve Portobello mushrooms and not the white button variety.)

By the time we sit down at the yom tov table, I will surely be exhausted from cooking. You might argue that my time on erev yom tov would have been better spent having awkward conversations with people about the ways I’ve wronged them in the last year or studying the machzor or reviewing the halachos of Rosh Hashanah. Everyone will eat a spoonful or two of each dish I slaved over and move onto the sweet and sour meatballs.

But it’ll be worth it. I’ll pack the leftovers away knowing that I have done my part to assure us a new year full of brachah. The rest is in Hashem’s hands.

P.S. – I already owe my first apology. When quoting my husband last week (“Do teshuvah early, avoid the holiday rush.”), I didn’t realize that he was quoting his teacher and friend Rabbi Usher Klein. Apologies and a shout-out go to my wise neighbor. 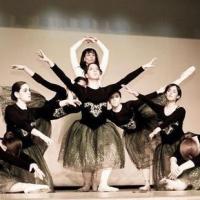