Whitford told the audience, “Etta is an incredible organization that enables individuals with disabilities to live fully enriched, independent, and active lives.” He continued, “The thing about Etta is the warmth from everyone from staff to volunteers, to clients and families. The faces you see all around me represent the best part of humanity.”

One of many surprises was a performance by singer-songwriter and recording engineer Scott Siegel, who wowed the audience by performing one of the 600 songs he has written. Scott was diagnosed with autism at age 13, but he said that he did not pay much attention to it because it did not have any significant meaning to him.

One of the most beloved programs at Etta is their summer camp which takes place thanks to the generosity of Jonathan and Miriam Istrin and Susie and Fred Toczek. They established the Summer@Etta Scholarship Fund in memory of their parents Ida Toczek, z”l, Barry Saltzman, z”l, and Leslie Istrin, z”l. Jonathan Istrin talked about a key aspiration of Etta clients, which is to get a job. He suggested that people in the crowd and the community follow his example and hire people with disabilities. 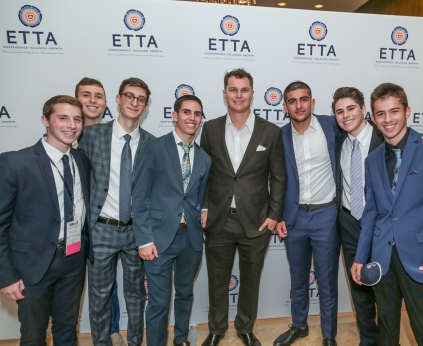 The Etty Award was presented to members of Etta’s professional staff, Leah Schacter and Josh Taff. Josh Taff said his brother Avi invited him to join him to work at Etta, and after only one day on the job he knew Etta would be his home. Josh has been an outstanding leader there for more than 18 years. He manages the Reisman family group home and said his clients teach him every single day about being joyful. Josh said his co-worker and fellow honoree Leah “leads by example pushing the envelope each and every day to help individuals achieve their potential.” He said that you can learn from Leah that nothing is impossible and when you dream something, it can become reality and suggested that everyone come and observe Leah in action so that their lives will be forever changed.

The Moselle and Lazare Hendeles Youth Leadership Award was given to high school students Ellie Zisblatt, Rachel Leibowitz, Alana Bess, Jake Schochet, Josh Gurstein, Gavriel Menlo, Hayden Klein, and Yosee Kreitenberg. These young people, guided by Etta staff, donate their time and are given full responsibility to plan year-round events to unite mainstream teens with special needs participants. (Moselle Hendeles, for whom the award is named, unfortunately passed away the following week at the age of 97.)

The Community Philanthropy Award was given to the Pujols Family Foundation, created in 2005 for its commitment to children with disabilities and special needs. Albert Pujols is a professional baseball player for the Los Angeles Angels who holds the record for the sixth most season with 40-plus home runs in the MLB. Accepting the award was L.A. Dodger Joc Pederson and his older brother Champ (who has Down Syndrome). Champ is an assistant in the finance department of the Golden State Warriors and a support employee for Apple in Northern California. He spoke fondly of Albert Pujols and said, “Our organizations working side by side can continue to make an impact in the world around us.”

A special message came in the form of a video from the TV show The Big Bang Theory. Mayim Bialik, an actress and neuroscientist, spoke about autism as her character Dr. Amy Farrah Fowler. She said that the Centers for Disease Control report that one child in 68 is on the autism spectrum. However, spending time with Etta, she has seen a community of people coming together that defies all scientific standards. Bradley Whitford thanked Peter Roth, President of Warner Brothers Television, who arranged the video and was in the audience.

The Builders of Tomorrow Award went to the Dan and Lorraine Freeberg Foundation. The Foundation generously recently donated an additional van for Etta clients to travel to programs throughout Los Angeles. Accepting the award were Mr. Dan Freeberg and James Geary.

Michael Held, Founder and Director of Etta, said he was proud of all that has been accomplished since Etta was established in 1993 in honor of Mrs. Etta Israel. Held showed a video about what the future holds for Etta. The next step will be construction of “The Village,” supportive independent apartments within the framework of a community. The complex will contain 5-10,000 feet of retail and office space on the ground floor, with three or four floors of residential space on top. The complex will contain a state-of-the-art kitchen, a movie theatre, library, fitness center, garden, and walking areas. Apartment size would vary from 500 to 700 square feet, and each unit would contain its own kitchen or kitchenette, living room, and bedroom. These homes would be places Etta clients could proudly invite family and friends.

Community help is needed to make this spectacular vision of a self-sufficient inspirational community for Etta clients a reality. 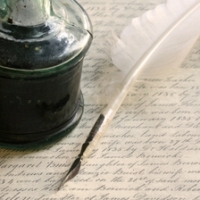