TA: Marc, I met you when you performed at the Chabad Gala Dinner in Potomac, Maryland. You did a routine about the categories of people at a shul kiddush, and the whole congregation was rolling on the floor laughing hysterically. Funniest set I’ve seen in a long time. You’re in town for the YULA comedy night. Are you going to do that routine?

MW: Thank you. No, I’m not doing that one tonight. I haven’t performed that one in many years.

TA: Do you remember the categories?

MW: The last two were the Scrapers (that’s at the bottom) and the Weasels.

TA: How much of your comedy is based on Jewish humor?

TA: Who are the people that influenced you most to get into comedy?

MW: Let’s see – Red Skelton, Steve Martin, Jonathon Winters, Robin Williams. The reason I say Red Skelton – last week I performed at a Chabad dinner and this guy comes up to me and said, “You know who I really loved when I grew up? Red Skelton.” People are always asking me the same question and it is interesting because it really was Red Skelton who influenced me with his facial, physical humor.

TA: You worked with Robin Williams. What was that like?

TA: Did that work?

MW: The second time I did it on the street in front of the Metropolitan Museum, he’s in the crowd, comes down, and we started working. It was wonderful, and he asked me if I was going to be there again. I said, “Yeah this is my spot.” He said, “I’ll see you next week.” I told my brothers, they came down, and that week Robin and his wife invited me to come out to California to spend time in his house, be on the show, but I didn’t think it was real at the time.

TA: If you could be any Jewish person in history who would you be and why?

MW: I would say probably Moses, so I can find out every detail of what happened without the responsibility. I could talk to G-d and ask anything I want.

TA: I know you had a terrible tragedy in your life. What gives you strength to keep going – if you are able to speak about it.

MW: Yes, this is what leads me into my purpose in life. So, when it happened I had no answers I was very angry and depressed and distraught for a long time. While it was happening, I had a very large struggle connecting with G-d. I was losing my son and also losing my career. I got out of show business. I couldn’t be funny when that was going on. I started moving away from observance, working on Shabbos, but I always kept kosher. We lost our son and really went into a tailspin, many, many, many, many years. Then I got divorced, it was at that point it was such a low time, and my heart was so broken, and I really connected to G-d. With a deep, broken heart, I cried out to G-d. I had a lot of anger, and I heard G-d’s voice and looked into my heart and the anger wasn’t there anymore, and G-d said, “Welcome back.” There was a shift. When I woke up, I started davening, wearing a yarmulke, tallis, and tefillin, and keeping Shabbos, and it’s been 15 years now. It was a complete reversal.

TA: Did you grow up observant?

MW: I grew up with nothing, became a baal teshuvah, got very observant, got married, and then [spent] two years helping my son. Then I was in the hospital, its Shabbos, my son’s having an operation, and I have to get in an elevator. I’m told, “Don’t push the button,” and I couldn’t come to terms with that.

TA: Do you think that’s there’s a line to draw in comedy between what’s funny and what might be detrimental in some way? I’m talking about Jewish stereotypes on television.

MW: Once you get into the stereotypes, you’re in a very dangerous territory, so I believe some secular humor from secular comedians plays in that area, and it can be dangerous because it’s possible you may reinforce the stereotypes. I try to stay away from that. Even in the world that I’m in, I try to be careful about what may not be comfortable. Like, I talk about the mikvah. My first experience was with Rabbi Buchwald in New York. He said, “Let’s go to the mikvah.” I asked him, “What’s the mikveh?” He said, “It’s a place where you get spiritual cleansing.” We go to the mikveh and suddenly he says, “Now take off your clothes. We’re going to get in a line there.” I’m in a line with fifty other naked guys. I said, “I’m out of here.” We get to the water, and I stepped on a fork, a knife, and a plate. In that joke it might have been in an uncomfortable place, but it’s real. It happened.

TA: (Laughter) I think it’s funny. Did anyone give you a reaction to that material?

MW: One rebbetzin in the Catskills asked me to leave that bit about the mikveh out. Other than that, I stay away from anything that might be uncomfortable.

TA: Do you try your jokes out on members of your family?

TA: How does that work out?

MW: Sometimes it does very well. Other times it’s like, “Are you trying to be funny?”

TA: Where do you go to shul, and are you the comedian there?

MW: I go to Agudas Shalom in Stanford, Connecticut, and fortunately there are a lot of people a hundred times funnier than I am in shul. There’s actually the rabbi, who teaches at a multi- cultural day school. There’s a lawyer [who] was a writer of mine and Tzvi Bernstein (Harold Bernstein) and Bob Abrams.

TA: Is there anything else that you want to mention [that] you feel is important?

MW: Yes, absolutely. The work I do when I’m not performing comedy. It touches upon what you asked me earlier about how I got through all the upheaval. It’s a process of non-violent communication called NVC. First of all, to communicate with yourself internally in order to calm yourself down, calm your thoughts down so you can get control of your thoughts, speech, and actions, which is a very Jewish concept. This is what Tanya and The Ethics of Our Fathers teaches us, how to live in congruency with your values. It’s what the Lubavitcher Rebbe taught us in order for us to be conduits in this world and make it a place where G-d’s Shechinah can live.

TA: Did you pioneer this?

MW: No, I discovered it when going through my divorce [to deal with] all the terrible things, anxiety and thoughts and tragedy that I had. I discovered a system psychologist Marshall Rosenberg years ago came up [with] – 40, 50 years ago. This process [is] to take control of thoughts, speech, and actions to have better connections between individuals, but first of all to have a better connection with yourself. It’s all about connecting and acknowledgment. I read Rosenberg’s book and I thought, “Wow! This is what I’ve been looking for.” I started going to trainings, and I became myself a trainer.

I created a way of teaching it called the Empathy Labyrinth, which is really teaching people emotional literacy. I’ve walked people of all ages through the process. Really, what it is, if you acknowledge your feelings and acknowledge what your needs and values are, you start calming down, and it helps you connect to your heart.

When you get triggered, you forget what you value. You want to react, defend yourself, maybe “teach someone a lesson.” But when you connect to your values – I value kindness, I value respect, I value love, I value connection to Hashem – once you’re connected to your heart, then you can connect to somebody else’s heart. I’ve walked people of all ages though the process. Clients can be taught in person or over the phone. They can find me on my website http://www.el4peace.com. 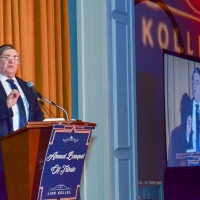