Traffic court is substantially the same as in 2015 when Governor Brown described it as a “hellhole of desperation” for the poor. Was it always this way? What are the alternatives?

Due to the numerous unpaid tickets and suspended driver licenses spawned by traffic court fines, there have been two traffic amnesty programs to date. Unless something changes, future ones are inevitable because these programs do not address the underlying cause for the unpaid tickets or suspended licenses.

While the theoretical purpose for penalty assessments is for those who violate laws help finance programs related to decreasing those violations, that is not their purpose today. For example, the State Penalty Fund receives the largest portion of penalty assessment revenues, with the rest going to various funds including a State DNA Identification Fund and a County Emergency Medical Services Fund. What do the latter two funds have to do with decreasing infraction violations? The answer is simple: NOTHING. Furthermore, most of the programs receiving State Penalty Fund revenues also have nothing to do with decreasing traffic violations. Thus, the major purpose for penalty assessment and other fees is the need to fund programs unrelated to decreasing traffic violations.

There are fairer and more effective alternatives. For instance, a traffic court system that issues one or more points instead of fines for moving violations should be more equitable because points have a more even effect across the socio-economic spectrum. In particular, since people differ economically, a specific fine can be insignificant for the rich, but a hardship for the poor. However, a point brings every driver, rich or poor, equally closer to having a suspended license.

In addition to the current practice of removing points from drivers’ record after three years, drivers can be rewarded by removing one point from their record after each shorter, continuous period of time they do not incur a new point.

Also, court resources could be better allocated by charging drivers for only the services they use. This approach will result in fewer drivers utilizing traffic arraignment courts because what a driver can accomplish at a court arraignment can generally be accomplished quicker and cheaper online or at a courthouse cashier window. Likewise, fewer drivers will go to trial because of the additional cost if found guilty. The resulting freed up traffic courtrooms and personnel could be used to handle heavily backlogged matters, e.g., small claims cases.

To help build goodwill between the police and community, if a car has a defect unknown to the driver (e.g., a non-working taillight), the driver could be issued a courtesy notice instead of a fix-it ticket, given a reasonable time period to fix the violation, and, after providing proof of correction, the case would be closed without any fine or court appearance.

When a court is not the best agency for handling a matter before it (e.g., a mentally disabled defendant charged with blocking a sidewalk), justice would be better served and the underlying problem addressed if a judge, prior to rendering a decision, could refer the defendant to an appropriate social services agency to be linked to services the defendant needs to address the underlying reason for the infraction.

In Barking to the Choir, Father Gregory Boyle quotes a Chinese proverb, “The beginning of wisdom is to call things by their right name”. To fix the traffic court system, we have to recognize it for what it is: misfocused, inequitable, and a “hellhole of desperation” for the poor.

As Governor Brown suggested, the “whole business of those fines ought to be looked at.” There are better alternatives, including those discussed above. No doubt there are others. The important thing for us is to start a dialogue, come to a consensus as to better alternatives, and make the necessary changes. Only when a more equitable, traffic safety focused system is in place will we achieve safer roads and, at least in traffic court, fair justice for all.

Shlomo Freiman is a candidate for Judge of the Superior Court, Office 126. 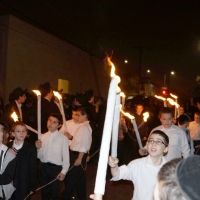 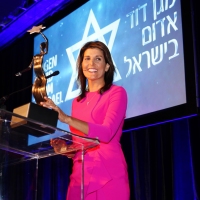 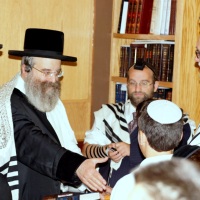 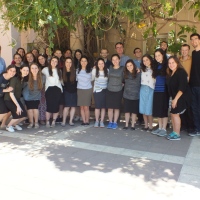