Recently, I was shocked to discover that some teens have been downloading a special ringtone for their cellphones in order to dupe their teachers. It’s called the “mosquito tone,” a tone heard only by young adults and entirely inaudible for anyone over the age of 30. The mosquito frequency produces sound at 17kHz, which repels mosquitoes. Students are able to text back and forth during class without the teacher ever knowing.

I found a Youtube video and decided to check which members of our family could hear it. I pressed play, and wouldn’t you know it? Not only did all of my children hear it, but even I did! (Beware: it’s a rather obnoxious sound.) For a brief moment, I experienced the joy of feeling young again like being carded in the grocery store when you’re buying wine for Shabbos.

I felt proud of my youthful ability to hear a tone that only teens were able to hear. But then I thought, Maybe I downloaded the wrong clip.

We played it again for my husband, who is four years older than me. He was unable to hear anything. We were shocked!

I thought he was joking so I asked in disbelief, “Really, you can’t hear it? Are you sure? Let’s try again.”

He replied, “There is no sound coming from the computer. Come on! Stop joking around with me!”

I was stumped and decided to keep searching, still convinced I had found the wrong sound somehow. Finally, I was able to find the right ringtone, and to my great disappointment, the sound went completely undetected by me! My ears were not as youthful as I hoped they would be! I was shocked by my inability to hear the noise, while my children heard it perfectly. Apparently, it was an even more disturbing frequency than the first ringtone that I was able to hear.

You’re probably wondering where I am going with all of this. Well, I’m taking you back to Har Sinai.

When G-d gave us the Torah, His voice was heard by all Jews, young and old. It was a moment so rare that it would never be repeated.

“These words that G-d spoke to all your assembly in the mountain out of the midst of the fire, the cloud and the thick darkness, with a great voice which was not heard again… (v’lo yasaf)”[1]

Ibn Ezra explains that vlo yasaf means it was a one-time deal. Hashem’s voice ceased, never to be heard again in this manner. This begs the question: If this was a singular occurrence, how are we to connect in general to Hashem, and specifically each year on Shavuot?

Onkelus explains the expression v’lo yasaf differently; it does not mean never to be repeated, but rather that G-d’s voice never ended, never ceased.

How can we reconcile these two commentaries? The answer lies in the individual. G-d is always communicating with us, but we have the power to choose whether or not we listen. Whenever something odd, distressing, or exciting happens, we must ask ourselves, Am I listening on the right frequency?

How can we realistically hear the frequency that Hashem uses to communicate? After all, no one today is a prophet.

The answer is found in a Midrash regarding Har Sinai.[2]

Rabbi Meir said: When the Jews stood before Sinai to receive the Torah, G‑d said to them: “I swear, I will not give you the Torah unless you provide worthy guarantors who will assure that you will observe its laws.”

The Jews responded, “Master of the world, our forefathers will be our guarantors!”

“Your guarantors themselves require guarantors!” was G‑d’s reply.

“Master of the world,” the Jews exclaimed, “our prophets will guarantee our observance of the Torah.”

“I have grievances against them, too. ‘The shepherds have rebelled against Me[3],’” G‑d replied. “Bring proper guarantors and only then will I give you the Torah.”

As a last resort, the Jews declared, “our children will serve as our guarantors!”

“They truly are worthy guarantors,” G‑d replied. “Because of them I will give the Torah.”

Hashem felt that the greatest guarantor of His Torah were the children.

When I learned this, it made little sense to me. In the realm of child raising, there are no guarantees. One can do everything right, and yet still the child may not turn out the way we hoped they would. So how could children serve as guarantors that the Torah would be transmitted forever?

Rabbi Naftali Silberberg shares beautiful insight. He proposes that if we look at the way children learn, we will constantly find them asking, “Why?”

Any mother will admit that she waits anxiously for her infants to speak their first words. As soon as a child’s first words are spoken, the parents are overjoyed. Yet, when that same child starts the “why” stage, parents also secretly wish they never learned how to speak in the first place!

Sitting at the dinner table, you might experience your little scientist firing up a million whys at you:

Mommy! Why do the bees sting?

Mommy! Why is the sky blue?

Even when we provide the accurate answers, they follow up with yet another “Why?”

Rather than tossing our hands up in frustration, I realized this was an opportunity to learn from these moments. A child is always asking, “Why?” because he or she is inquisitive about how the world around them functions.

Rebbetzin Jungreis always taught that the Hebrew word for “why” is lamah. Essentially, that means le mah – “for what.” When a child asks, “Why?” they are asking, “What is _______ for?”

By the time we reach adulthood, we ask very different whys:

Hashem, why did you do this to me?

Why didn’t you provide me with…?

Why is my life so challenging?

The pain and suffering may be great, and this can create a callus on our hearts, blocking us from being able to listen to the message of what Hashem wants from us in any given situation. Just as our ears deteriorate as we age and thus leave us unable to hear certain frequencies, our hearts create blocks that prevent us from connecting and hearing G-d’s voice.

We have surely all found ourselves asking Hashem a jaded why, especially in times of suffering or hardship. When someone near to us suffers from a serious illness or personal tragedy, it is easy to feel shocked and numb inside, and we can’t help but ask:

Why, Hashem? Why have you chosen this person to suffer?

This is not a curious why, but one of resentment, disbelief, and sadness.

Every Shavuot, Hashem brings us his Torah yet again and reminds us, My dear sheifeleh, don’t ask “Why?” in this manner. Rather, ask the way a child asks why. “Le mah. What for?” What is the message I can learn from this? How can I grow from this pain?

Perhaps in this moment of suffering, Hashem wants me to reach out and connect. Maybe I have a tikun to make, or something to learn.

In order to receive Hashem’s Torah in completion, we have to connect with our own inner child and reach out to Hashem with an openness. Rather than asking our questions in an entitled way, we can turn to Hashem and say:

Hashem, what do you want from me right now. In this moment? Le mah? What is this for, and how can I grow from this?

Hopefully, when we ask with humility and with an open heart rather than a calloused one, we will hear the frequency at which Hashem shares his message. Through this merit we can all become guarantors of Hashem’s Torah, paving way for the continuation of our eternal bond. 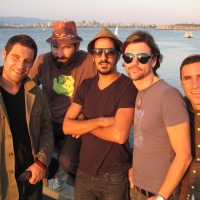