A great miracle happened this week.

Approximately 40,000 Gazans came to an Israeli border with the intent to overrun it and allow the thousands of violent people among them to flood the nearest Jewish communities – a mere mile away – looking for soldiers, men, women, or children they could murder and/or capture.

They weren’t shy about their plans. Aerial maps of the region were shared on social media so the “protesters” could identify the quickest route to the Jews. Both before and after this attack-masked-as-a-protest occurred, Hamas leaders publicly expressed that they intended for people to bring knives and other weapons to use once the border was breached.

Here’s the back-and-forth a reporter with NPR had with a protester flying a kite with a swastika on it when asked what the swastika means to him:

Protestor: “The Jews go crazy when you mention Hitler”

Steve Inskeep: “Do you know that the Israelis are using swastikas to discredit Gazans?”

Protester: “It’s what we mean. We want them to burn.”

Hamas leader Yahya Sinwar said this last week when planning for 100,000 rioters to breach the fence: “Our people and our boys will surprise the entire world with what they have in store. Let them wait for our big push. We will take down the border, and we will tear out their hearts from their bodies.”

50 known Hamas terrorists were killed. 11 people other people died after joining the terrorists at the fence even though the IDF dropped pamphlets warning that attempts to breach the border would be met with deadly force. It is unclear whether those people intended to protest or to join terrorists in committing violence upon Israeli citizens.

A great massacre and/or kidnapping was averted.

We would be remiss not to mention the hypocrisy, immorality, and dangerous behavior of many media outlets in portraying this the way they have.

Hypocritical. If they would face this type of onslaught, many more people would be killed.

Dangerous. By ignoring genuine threats – those of the Syrians (who continue to bomb and gas their own population) and Hamas (who steals the money intended to heal, educate, feed, and house Palestinians) – they allow these tragedies to continue.

To the continent of Europe, we say, Shame. on. you.

Jewish blood is just drying up in your countries, and yet instead of celebrating the Jews capabilities in defending themselves, you protest them?!

If we ever needed proof as to why the Jewish people need an army of their own, this is it. We’ll take the degradation if it means we get to live.

Many midrashim speak of a war over Jerusalem which will precede the final redemption of the Jewish people. After untold Jewish suffering throughout our exile, we hope, pray, and trust in Hashem that this war will come to pass figuratively speaking in the halls of the UN, and among the Jewish people in Israel and with us in the Diaspora there will be light, joy, gladness, and splendor as a prelude to the great miracles we are sure to experience in the very near future.

Wishing you a wonderful Shabbos and an enjoyable yom tov, 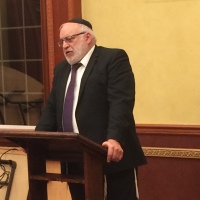