Freedom to Forgive, Part II: The Gift of Forgiveness

To forgive is to set a prisoner free and discover that the prisoner was you.

I have a theory about the popularity of the song “Let it Go” from Frozen. Yes, the tune was beautiful, and it happened to accompany one of the most popular animated Disney films in the past decade. But let’s be real: it wasn’t just children singing along to the soundtrack. Perhaps many adults subconsciously connected to the song because we had something we deeply wanted to let go of.

Inherently, we know that releasing the grudge, anger, or a painful memory can provide tremendous internal relief and emotional freedom. The Torah even states: “Do not hate your brother in your heart.”[1] And also decrees that we should not take revenge or bear grudges.[2]

Many of us know and feel the benefits of these statements, but practically applying them can take a lifetime of effort.

Life is like a theater, and each person we interact with is another actor playing out the scenes of Hashem’s script. As Yom Kippur rapidly approaches, we can use the following three theatrical concepts to help let go of grudges holding us back in our lives.

Imagine a director watching an actor and actress act out a scene from his play or movie. After a few minutes, he confidently calls out: “Cut!”

The actress stops in mid-sentence and stares at him.

Yes, the scene happened, and, yes, the actors’ performances have been filmed, but the interaction isn’t necessary to the director’s grand vision. Therefore, he’s not going to allow it to remain part of the film, where it could be viewed (again and again) by millions.

There is no emotion involved. The director simply removes the scene and continues on with his next task.

We are the directors of our own thoughts and can control what we allow our mind to play and replay. We have the power to cut any scene we want from our memory. By not nourishing negative thoughts or experiences, they will lose strength and eventually disappear. Visualize yourself saying “cut!” and then delete that scene from your mind.

Similarly, have you ever tried to take a picture with your camera or phone, only to discover that its memory is full? Just like we would delete old, inferior photos in order to make space for new pictures, we must to learn to delete the unflattering and blurry moments of life. In this way, we will have space for more positive, new memories.

Sometimes we hold on to the negative “scene” or “picture” because we think that if we let go, we are letting them win. We search for inner and outer validation and therefore keep the memory strong in our minds to feel power over the situation. But feeding our feelings of anger and/or revenge is like swallowing poison and hoping the other person will die.

Ultimately, who wins when we forgive others? We do.

Move on to the Next Act

If you are unable to cut the scene completely, at least move on to the next act. Rabbi Zelig Pliskin[3] writes that whenever you find your mind rehashing a negative experience, just stop yourself and mentally say, “Next!”

Your past history and all of your hurts are no longer here in your physical reality. Don’t allow them to be here in your mind, muddying your present moments. Your life is like a play with several acts. Some of the characters who enter have short roles to play, others, much larger. Some are villains and others are good guys. But all of them are necessary, otherwise they wouldn’t be in the play. Embrace them all and move on to the next act.[4]

In a similar vein, my father-in-law once shared a personal quote, which has since become one of my mantras. He calls it . This formula stands for: Some will, some won’t, so what? NEXT. This is a great phrase to keep in mind when faced with rejection, difficult people, and a plethora of other challenging situations.

Essentially, what I have learned from my father-in-law is to move on before a grudge can even brew inside.

Cinderella then appears, wearing a stunning gown and a crown upon her head. Magnanimously, she forgives them completely.

It may seem silly, but this scene really stuck with me. How beautiful and grand she appeared, not only in her gown, but through her gracious act of forgiveness. We too can envision ourselves doing as Cinderella did. In truth, every time we forgive another, no matter how small the misdeed, it is a magnanimous act which creates more and more grace within us.

In Sefer Bereishit, Yosef also forgave his siblings when in a position of power. After his brothers sold him into slavery, despite living in Egypt and isolated from his family, he became viceroy. They too trembled and bowed before him, realizing their mistake and the power he had to potentially exert revenge.

His inner grace was revealed when he did not take revenge, but forgave and gently rebuked them in private with the famous words: “Ani Yosef—I am Joseph.” This is a perfect example of fulfilling the Torah’s commandment not to take revenge.

In order to accomplish what Yosef did, (and Cinderella, as well), we must be able to envision someone who has achieved this level of grace.

A dear friend of mine shared another quote that has stuck with me throughout the years, “You can’t be who you can’t see.”

If we can’t see it, we don’t have ways to imitate it. Even Yosef, when faced with his own nisayon, “saw” who he wanted to be. In a moment of temptation, he conjured up the image of his father, and was able to pass his test. Find someone to mimic—be it a parent, Torah personality, teacher, friend, or even an actor. Through this, we too can build grace.

Jeff Harris, Program Manager for the Employee Assistance Program at the University of Southern California, suggests another technique to building grace:

I encourage [people] to adopt an advanced form of forgiveness, what I call grace. To practice grace is to prepackage forgiveness and set it on the shelf, in anticipation of a future hurtful action from someone who matters to you: a spouse, partner, child, parent, or co-worker. When we’ve already forgiven others for future offenses, we bypass the formation of grudges altogether.[5]

Any time you revisit the hurt, instead visualize yourself forgiving that person. One can even imagine a scenario that might require forgiveness preemptively. It’s a prepackaged gift you give not only to the other person, but also to yourself.

Yes, it is hard, but forgiveness and letting go doesn’t have to be reserved for the select few, like Yosef. When the Torah gives halachah, is it something every Jew can achieve.

In the theater of life, we have the capacity to cut the scene, move to the next act, and build grace through visualization. Not only does forgiveness free us emotionally, but our health and quality of life will be better off as a result, as well.[6] Forgiveness is the ultimate gift from Hashem, and we have the power to share that with others. 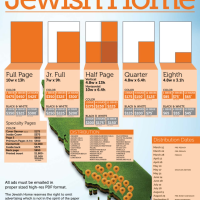