A Slice of Heaven on Earth

“We are all so busy during the week,” said Great Pink Challah Bake organizer Beth Leventhal, “but on Shabbos we change our focus from ‘doing’ to ‘being’ and connecting to all of those around us. At the Challah Bake, we get into the mood, into the spirit, and prepare something holy, delicious, and filled with love to nourish our families’ souls.”

Established in 2013, the Shabbat Project—a global, grassroots movement that brings together Jews from across the world to keep a single Shabbat—transcends religious affiliation, political persuasion, age, language, and lifestyle. This year’s Shabbat Project, held in approximately 300 cities and towns in Israel and in over 500 cities in the U.S., brought together in Shabbat observance a combined one million Jews in more than 1400 cities and 98 countries worldwide. Other L.A. events included October 27th’s Jewish Unity Concert with the Moshav Band and 8th Day, which the Shabbat Project sponsored with the Happy Minyan, and the YICC Mystery Shabbat Lunch. Other L.A. challah bakes included those at Maimonides, Emek, and Hillel. The Shabbat Project held “Pink Challah Bakes” across the United States in October.

“Over 250,000 women will be diagnosed with breast cancer this year in the U.S.,” said Pink Challah Bake coordinator Nisa Felps. “We are thrilled to introduce the Pink Challah Bake to this Shabbat Project, allowing women from communities across the country to come together in Jewish unity, and to bring greater awareness to the importance of regular screening.”

Following an inspiring video message from Shabbat Project Founder and Chief Rabbi of South Africa Warren Goldstein, heiress to BCBG dominion Joyce Azria spoke of her journey from the hectic fashion world to Torah observance. Though the former BCBG Generation executive still creates her own fashion lines—and has partnered with the creators of modest fashion line Wukogals—Azria now focuses more on her family and Torah. She credits her journey from “Chanel to Shabbat” to challah baking. “I felt a connection to my grandmother and great-grandmother when making challah,” she said. “Making challah really made me feel like a woman.”

“If you do hafrishah, you will be blessed, says the Talmud,” explained Huvi Abramczik regarding taking tithes from the challah dough. As opposed to men’s bringing the spiritual down to earth with Torah study, Abramczik explained that women elevate the mundane to holiness when making challah.

Along with Azria, Abramczik demonstrated how to make challah and take tithes from the dough. They also brought to the audience’s attention that the process presents an auspicious occasion for prayer, much as does candle-lighting on erev Shabbos.

Then came the interactive part of the evening. Bowls, recipes and all the ingredients for making challah had been placed on each table prior to the event. Each lady created her own challah dough, which she could take home at the end of the evening. All the women and girls around each table sharing ingredients and working together to follow the recipe as closely as possible created fun and achdus.

Then, at the evening’s close, those in attendance got to dance to the likes of Yaakov Shwekey and Benny Friedman, followed by a raffle and more dancing.

“The Great Pink LA Challah Bake has all the ingredients to create an evening to be remembered,” said Leventhal. 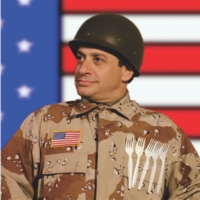