The 28th annual OU West Coast Convention, which took place over the past weekend, brought together hundreds of Jews from various communities throughout Southern California in the common pursuit of Torah learning and strengthening family relationships. This year’s theme, Family First: Torah Perspective for Today’s World, drew a diverse audience, spanning ages, backgrounds, and shul affiliations. With a wide array of speakers and topics, there was truly something for everyone.

The convention began on Thursday night at Congregation Adas Torah with a keynote address by Rabbi Moshe Weinberger, the Rav of Congregation Aish Kodesh in Woodmere, New York, and Mashpia at Yeshiva University. Rabbi Weinberger spoke about the parallels in the relationship between the husband and wife and the relationship between Hashem and the Jewish people. There are two aspects to both relationships: the special qualities that endear the partners to each other and the responsibilities of each partner toward the other. The latter aspect is “unromantic and plain,” said Rabbi Weinberger. In marriage, it consists of daily chores. In a relationship between Hashem and the Jewish people, it consists of mitzvos, which ensure that this world is “a clean, healthy environment where Hashem wants to dwell.” Keeping halachah, “the chores of our lives,” is hard work, especially in our times of “hester panim, when our Husband has been away for so many years,” said Rabbi Weinberger. Yet, we cannot lose sight of the other aspect of this relationship, the romantic part, Hashem’s love for the Jewish people and our love for Him. In the times of Mashiach, explained Rabbi Weinberger, these two aspects of our relationship with Hashem will merge. Even now, throughout the Jewish world, these two approaches are coming together. “Everywhere I go, there is excitement in learning more Gemara, and at the same time, unbelievable longing to learn deeper Torah,” observed Rabbi Weinberger.

On Friday, the convention’s guest speakers visited six local high schools. On Shabbos, they served as Scholars in Residence at fifteen shuls throughout the Greater Los Angeles. Oneg Shabbos was held in Hancock Park and in Valley Village. Young Israel of Century City hosted a Tisch and Oneg Shabbos on Pico, where Rabbi Moshe Weinberger shared his personal story of what inspired him towards chassidus and towards putting Hashem in the center of his life. On Motzaei Shabbos, a sponsors melaveh malka was held in a private home, and a Young Professionals event was held at the OU West Coast Headquarters.

On Sunday morning, hundreds of attendees gathered at the campus of YULA Boys High School for the annual Torah L.A. program. The participants could choose from several parallel tracks of lectures: Current Issues in Halachah, Strengthening Our Families, and Family Relationships in Tanach for the general public, as well as Today’s Pressing Hashkafah Issues for teenagers and young adults, with separate tracks for boys and girls, and a session for rebbetzins. The topics included Family Planning in Halachah by Rabbi Herschel Schachter, Vaccinations in Halachha by Rabbi Ya’akov Trump, Honoring Elderly Parents by Rabbi Dr. Zev Wiener, Shalom Bayis in a World of Distraction by Rabbi Lawrence Hajioff, Besieged! Asara B’Teves 5779 by Rabbi Moshe Weinberger, Instilling Jewish Values in our Children by Dr. David Pelcovitz, The First Marriage by Mrs. Michal Horowitz, Save a Family—Save a Dynasty by Mrs. Geraldine Wiener, and Raising Yaakov and Eisav–The Ideal Children by Rabbi Abraham Lieberman. All lectures were well attended. In addition, the lectures for the general public were live-streamed and recorded, and are currently available at https://www.ou.org/torahla/.

The convention concluded with a legal seminar for local attorneys, entitled Is the Conservative Court Good for the Orthodox? The seminar featured three presenters: Professor Laurie Levenson of Loyola Law School, Gail Katz, Chief Intellectual Property Counsel for the Danaher Corporation Dental Platform, and David Zarmi, a certified appellate specialist with experience in California and U.S. courts. The presenters discussed the balance between the Establishment Clause, which maintains that the government cannot support any religion, and the Free Exercise Clause, which allows us to practice religion as we want. Lou Shapiro, a local attorney who organized the legal seminar, explains that difficulties arise when these two clauses collide. For example, religious instruction in a public school would constitute entanglement—a breach of the Establishment Clause. On the other hand, if private religious schools accept government funding, then they put themselves in a position of allowing the government to dictate what they do, resulting in a loss of religious independence. Such a situation is currently unfolding in New York State, and while it is too early to tell where it is heading some panelists found it alarming. Another example, discussed at length by Mr. Zarmi, is the anti-BDS movement. It may be good for Israel, but does it violate freedom of speech? “It was a great session,” says Mr. Shapiro. Fifty local attorneys participated and received the Continuous Legal Education Credit for the seminar.

Overall, it was an impactful weekend. Due to the speakers’ and attendees’ busy schedules, the talks were “almost like TED talks,” says Rabbi Alan Kalinsky, OU West Coast Director. He adds, “a good segment of the attendees were from the younger generation, which shows that we are successfully transmitting Torah to the next generation.” 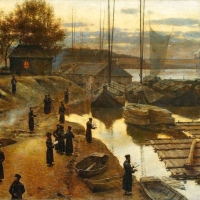 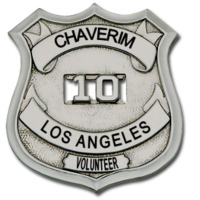