Rabbi Jonathan Gewirtz’s new book, Operation Inspiration: Finding Meaning in the Mundane, is jam-packed with nuggets of inspiration; a compilation of short essays, many of which were published in his regular column, “The Observant Jew” (also the name of his first book), which appears in print worldwide.

The articles contain rich lessons drawn from everyday occurrences. Matters that we assume are trivialities, such as charging a cell phone or playing Jewish geography, take on significance as one hears about it from Gewirtz’s perspective. It’s a refreshing perspective—optimistic, filled with wit and wonder at life—but book’s power is Gewirtz’s ability to encourage the reader to take that second look at what they assumed was ordinary.

Looking at the ordinary in such a way requires the reader’s deeper thinking, but Gewirtz makes it fun. Take, for example, the idea of making a kiddush Hashem. It’s easy to think of the mitzvah as lofty, something done when one (as it so happened) finds close to $100,000 in an old desk drawer and returns the money. However, making a kiddush Hashem needn’t be newsworthy. Gewirtz demonstrates how it happens in small things—writing about the time he and his daughters weren’t charged for a small purchase and he went out of his way later to pay the few dollars. The cashier was impressed with Gewirtz’s honesty, which made the Jewish people, and Hashem, look good as well. Reading such things is important so we have the idea in our psyche.

On another occasion, Rabbi Gewirtz sheds light on being “bageled.” If you are unfamiliar with the term, as was I, bageling occurs when someone who is not immediately recognizable as a Jew approaches a more obvious Jew to make a comment only a Jew would understand. The psychology of this, explains Gewirtz, is that the person is proud of their heritage and wants you to know he is also Jewish. “This is their way of tugging on the chain of Yiddishkeit to make sure they are still connected,” writes Gewirtz.

Soon after reading this, I was “bageled” at a local kosher restaurant (which caters to all), by a man who didn’t appear Jewish. With this new understanding on my radar, I made it a point to be friendly and acknowledge our connection.

The book is packed with important lessons, such as listening to others, making an impact in the world, utilizing each moment, parenting, giving the benefit of the doubt, and using our eyes in the proper way. Each chapter is short, usually with a clever title, which makes it fun to guess what the article is about before reading. Often, however, my initial guess about where Rabbi Gewirtz was going was incorrect; he has a unique take on things which is surprising and educational. Indeed, one learns a lot about Judaism while enjoying the book.

Operation Inspiration has wide appeal—an observant Jew would appreciate it, as would those who are less observant or not-yet frum. Gewirtz offers insights to the reader in a conversational tone, without sounding didactic. On the contrary, he sounds like the neighbor who always strikes up a conversation and offers to take in your mail when you go out of town.

As many of the pieces were published for certain times of the Jewish year, it would be helpful to have that time of year indicated as part of the subtitle of each chapter, then if one opens the book during the Three Weeks, for example, he knows where to find inspiration. As each chapter is independent, this editorial modification would help the reader navigate the book. 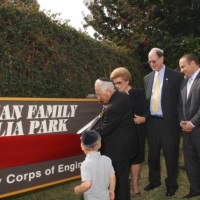 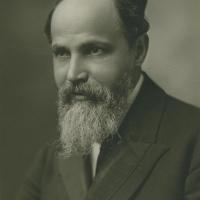