Since it adjoins an alley, our backyard is rarely quiet. However, I’ve tried to make it a friendly, peaceful respite from city life. We grow flowers and vegetables in pots. One of the neighbors recently installed tasteful (meaning: not curb-rescued) yard furniture. My husband even bought a special lamp to use outside on summer nights.

We’ve had mixed success at creating a backyard paradise. For example, I began writing this article in my backyard. I finished writing it indoors because one of the neighboring businesses took a piece of equipment and started kashering it with a blowtorch.

I had no idea a blowtorch could be that loud.

Horns get honked, garbage trucks rumble by. We’ve also had several items stolen from our backyard, including, once, a beautiful zinnia plant in a cute little pot that we’d planted from seed on Tu B’Shevat. It was snatched in the middle of the night during one Mother’s Day weekend. At the time, I was shocked, but I also marveled at the chutzpah involved.

It’s worth tolerating all the drama if we get succulent, fresh produce right just a few steps away from our apartment. However, it’s a little harder to come by than I expected. Supposedly, California is the perfect place to grow strawberries, but even when we grow several strawberry plants, only one or two berries ripen at a time. In the meantime, the kids check the fruits’ progress multiple times a day, watching eagerly as they slowly shift from light green to ruby-red.

The moment a berry reaches that gem-like hue, fights break out over who gets to eat it. On particularly unlucky days, a squirrel will steal it before a settlement is reached, and the argument becomes moot.

Carrots are supposedly easy to grow here, year-round, but mine are always tiny, probably because my containers are too small. Or maybe I don’t wait long enough, because I’m afraid opossums will come.

And they will come, I promise. We had to stop growing sunflowers because the moment they opened, opossums would come at night and decapitate them. I think the critters expected the seeds in the center to be tasty, but they never waited long enough for them to ripen.

Apparently, opossums are even less patient than me.

We’ve a lot of success with swiss chard, which is great in soup or as a pizza topping. We get decent amounts of tomatoes, too, and snap peas, and Persian cucumbers, the last of which is nice because it’s the only vegetable one of my kids will eat.

Despite the infamous Mother’s Day Incident, we still grow zinnias every summer because they keep us in Shabbos bouquets. I used to grow sweet peas in the spring for the same purpose, but once, after I’d sent a bouquet of them as a gift to a neighbor, she thanked me, then added that she had to keep them in the kitchen because they made her husband sneeze.

The next Shabbos, I noticed one of my kids was sneezing from the sweet peas, too.

If you decide to plant your own garden, I have one final piece of advice: conscript your children for watering duty.

They’ll probably leap at the chance. It’s a much preferable chore to scrubbing toilets. 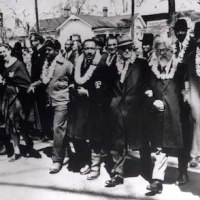 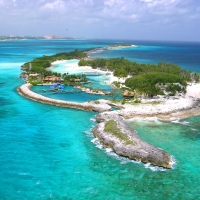 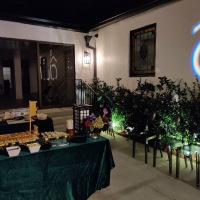