After an extensive search process, Young Israel of Hancock Park is proud to announce the arrival of their new rabbi and rebbetzin, Rabbi Elan and Rebbetzin Elisheva Segelman. The couple and their five children have just moved to Los Angeles from Queens, New York, where Rabbi Segelman was the rabbi of Kehilas Torah Temima.

After studying in Israel for two years at Yeshivat Kerem B’Yavneh, Rabbi Segelman attained a B.A. in Psychology from Touro College’s Lander College for Men, as well as an M.A. from Touro College’s Graduate School of Jewish Studies. Shortly after completing his s’micha, he was appointed as a shoel u’maishiv and rebbe in the Lander College Judaic Studies Program. Rabbi Segelman served as the Rabbinic Educator at New York Medical College & Touro College of Dental Medicine in Valhalla, NY; and was the founder of the Queens Kollel Boker, as well as the Rabbinic Director of Special Projects for the Vaad Harabonim of Queens.

Currently, Rabbi Segelman is the Rabbinic Advisor for PUAH in America, the worldwide organization for couples with infertility struggles. He will be continuing in his role with PUAH and is excited to expand the existing PUAH family in Los Angeles.

In addition to being the mother of five, Rebbetzin Elisheva Segelman is a kallah teacher and educator. She attended Torah Academy for Girls and taught second grade for over ten years at TAG and Bais Yaakov Queens. Rebbetzin Segelman is also one of the directors of Camp Orah in Far Rockaway, a girls’ day camp with over 700 campers and staff. Rebbetzin Segelman has joined the staff at Yavne Hebrew Academy as mashgicha ruchanit and will be adding to the school’s religious programming. The Segelman children are attending Yeshiva Toras Emes.

For forty-five years, former Moreh D’Asrah Rabbi Yaakov Krause devotedly guided his congregation at YIHP; under his leadership the synagogue became the vibrant community and family synagogue that it is. He and his wife Rebbetzin Frume Krause will serve as Rabbi and Rebbetzin Emeritus for the community at large. Rabbi Krause looks forward to remaining in Los Angeles and enjoying Rabbi Segelman’s new leadership at YIHP. Both Rabbi Krause and Rabbi Segelman look forward to working together. In addition, Rabbi Krause continues as the Dean of Yeshivas Toras Emes.

Rabbi Segelman is eager to initiate a dynamic program of Torah learning for both men and women at Young Israel, as well as the community at large. A gifted speaker, educator, and young leader in the Jewish community, Young Israel is thrilled to welcome Rabbi Segelman and his family. 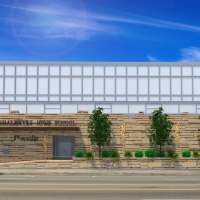