This Little Light of Mine

It may be hard to imagine what Israeli-born Michal Oshman, a top executive at TikTok UK, has in common with the small group of Maccabees we know so well from Chanukah.

When Michal was 18, she left home to serve in the Israeli army. Overnight she went from an innocent young girl to a soldier in basic training, which included carrying a loaded gun at all times, sleeping in the wilderness, and enduring physical drills in the freezing cold  in extreme weather conditions. ‏Despite their exhaustion, every morning the soldiers’ living quarters had to be spotless by 7:00 AM. If the commanding officer determined that  it was not pristine, no one was allowed to go home for a visit on their free weekend.

One morning, the toilet had a blockage, making it impossible to clean. Each girl refused to empty out the toilet, adamant that someone else had to do it. As the minutes ticked by, Michal looked around the room and realized that no one was going to step up. Without hesitating, she walked straight into the bathroom, stuck her hand into the toilet, and pulled out the offensive obstruction. She heard the girls cheering behind her, then turned around and found herself face to face with her commanding officer. Michal shrunk in fear, assuming she would be reprimanded that the rest of the bathroom was filthy. Instead, the officer looked her in the eye and said, “Yup, you’re one of us.”

Michal was promoted to commanding officer that day. Because she was willing to do what no one else would, stepping up when everyone else remained idle.

While Michal shares this moment as a metaphor for how she became so successful at TikTok, the small group of Hashmonaim from the hills of Modiim had their own moment of stepping up to the plate that allowed them to defeat the immeasurably stronger Greek army. The Jewish nation was being physically and spiritually destroyed by the Greeks, and Judaism was close to being obliterated if no one had intervened. This small group of yeshiva boys became soldiers overnight and came forward when no one else would. Even with no experience, these young Jewish men took on one of the most powerful military forces in the world and WON. This was arguably one of the greatest miracles in the history of the Jewish nation.

Let’s compare this incredible military victory to Chanukah’s second miracle, that of the oil.

After the crushing military defeat, the Hashmonaim found a pure flask of pure oil in the Temple that burned for longer than it should have, giving us the 8-day holiday as we know it today.

Now imagine you are the rabbis deciding on how all future generations will celebrate Chaunkah. What would you pick as the symbol for this holiday, best representing the miracles that took place? The options are a sword for the war, or a candle for the oil. Which would you choose? Walk by any Jewish home in December, and the candles burning brightly in the window are a dead giveaway for the decision the rabbis came to.

But even the Maharal wants to know how this happened. Why is light the symbol of Chanukah?

Rabbi Fischel Shachter tells a story that sheds light on the power that a small flame has to illuminate the darkness.

At 16 years old, young Rivka Schachter weighed a mere 40 pounds when she was sent to Bergen Belson during the Holocaust. She was put to work in a battalion where each day she was taken to the top of a mountain and instructed to carry huge boulders up and down the mountain. Deprived of food and water, the prisoners were killed if they fell, tripped, or dropped their boulder.

One morning, Rivka was unable to move from the truck. A young, frail woman nearby yelled to her, “Get off the truck! If you don’t move, they are going to kill you. Let’s go.”

She responded with despair, “I can’t. My feet and hands won’t move. I’m done. Let them kill me here.”

The young woman replied, “Then I’ll carry you up the mountain.”

“You can’t carry me and the boulder! You’ll die also.”

“Then I’ll die for a purpose.”

This young stranger miraculously made her way up the mountain, carrying the boulder in one arm and Rivka in the other.

Two generations later, Rivka came face to face with her savior, Mrs. Sarah Traut, when their grandchildren were married in an incredible moment of serendipity. One heroic act led to the creation of many Jewish neshamas. Mrs. Traut’s small moment of light was able to dispel the darkness, lighting the way for future generations.

Even if you have a small flame in a room full of darkness, that darkness can still feel overwhelming and it may be difficult to see. The small flame may not be enough to fully banish the dark. In truth, however, the darkness may be just the place where the light is found. Sometimes moments of gloom are actually the source for finding the light.

In his book Eyes Wide Open, Issac Lidsky, a young Jewish actor who played Screech on Saved by the Bell: The New Class, shares the story of how he became blind at age 13. In an instant, he thought his whole world had come to an end. Despite the obstacles, Isaac was able to build an incredible life for himself, going on to get married, have triplets, and build a multi-billion dollar construction company. He describes how his blindness is what actually enabled him to become such a success. When he had meetings with investors, rather than proposals being tossed around and nodding in agreement, Isaac forced the businessmen around him to communicate in a deeper way. Because he was unable to see, the person sitting across from him had to fully verbalize their thoughts and flesh out ideas, rather than relying on body language. By strengthening their communication skills, Isaac and his associates built an unstoppable team.

Isaac was able to turn his darkness into light. His very problem became the solution.

As inspiring as the candle has proven to be, we are still left wondering why the rabbis did not choose a sword as the symbol for Chanukah. There are many 8 year old boys that would have loved to have that as part of their Chaunukah decorations each year!

A sword, however, can be deceiving. With a sword as our symbol, millenia of Jews may have come to believe that our hand and our might is what won the war. The true hero of the story was not our physical strength, but our spiritual light. It was our soul, that G-d given link to the infinite, that gave the Maccabees the passion and drive to fight for their people. It was that spark that led Michal Oshman to stand up and do the job that no one else would. It was Sarah Traut’s inner fire and refusal to give up that enabled her to carry a fellow Jew up the mountain in spite of her own limitations. It was that powerful spark that allowed Isaac Lipsky to turn his life around, transforming his disability into his greatest asset and not allowing anything to stop him.

Chanukah isn’t a story that happened thousands of years ago. Chanuka is your story too. It happens every time we are surrounded by darkness but decide to choose light. Hashem endowed us with our own eternal light, our neshama, as His promise to always carry us through all of life’s darkest moments, leading us through to the radiant glow waiting for us on the other side. 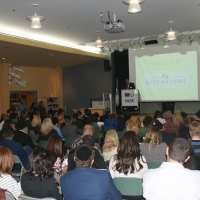 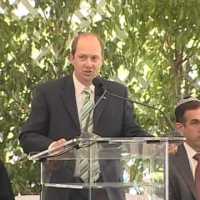 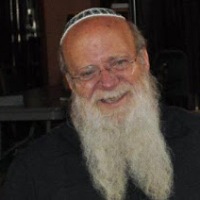 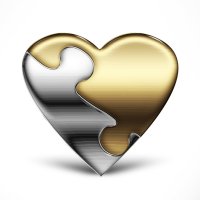 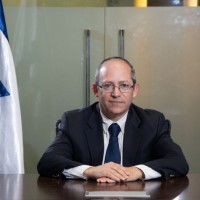